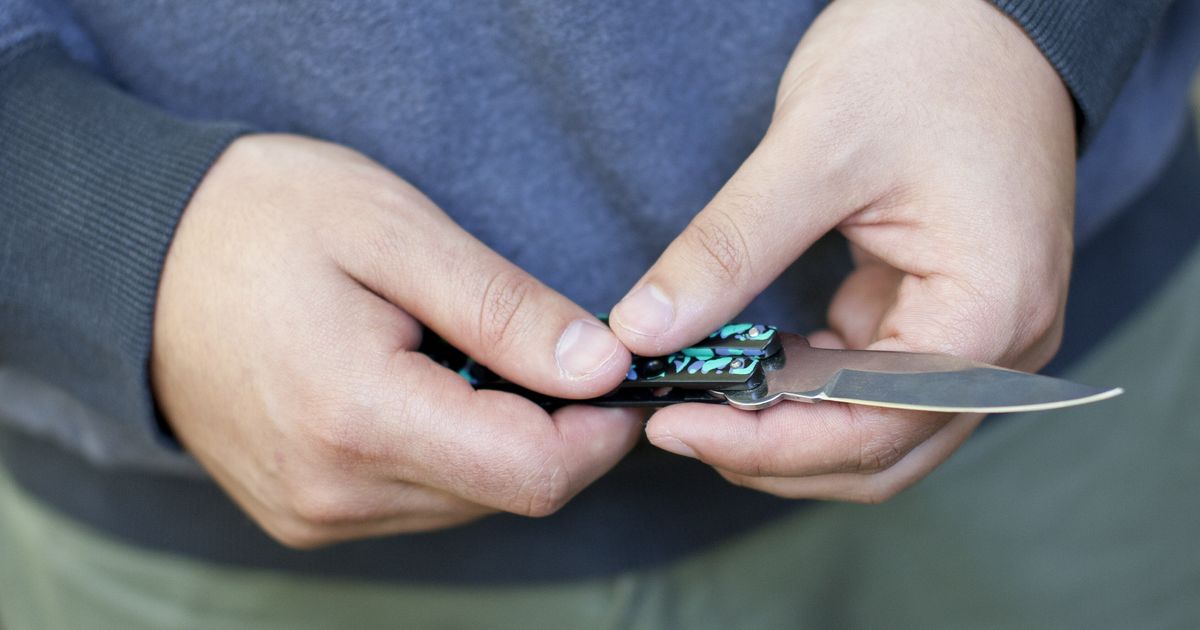 Thousands of young people are being treated, injured and “even killed” because systems are failing them, according to a scathing report.

According to the former children’s commissioner, elementary school children sell drugs for gangs and teenagers run operations in the counties.

Anne Longfield is now calling on the government to create ‘Sure Start Plus’ – a national plan to stop teenagers getting involved in gangs and violence.

Its report, Hidden In Plain Sight, warns of a crisis putting hundreds of thousands of children in England at risk.

Young children are targeted by gangs as well as children from generally middle-class backgrounds, with social media being used to lure them in.

The report says a combination of Covid, a cost of living crisis and any return to austerity would be a “gift” to those who exploit children.

Longfield, who heads the Commission on Young Lives, said: “There are areas of our country where the state is completely failing in its duty to protect vulnerable children from the current epidemic of county lines, criminal exploitation and serious violence.”

She described a housing estate where residents were “terrorized” by a gang of 14-year-old drug dealers who wear balaclavas and “unleash acts of violence”.

“They carried knives and other weapons, which in turn encouraged other young people in the area to carry knives for protection,” its foreword said.

“What is happening in this area may seem like an extreme example, but it is far from unique.

“Talk to educators in our cities and they will tell you their own horror stories: young people chased in broad daylight by other teenagers wielding machetes, homes where young people involved in drug trafficking are the main breadwinners in the family, communities where organized criminals seek out and care for very vulnerable children who have fallen through gaps in the care, health or education systems, with almost complete impunity.

She said there were parts of the country where the state was “completely failing” in its duty to protect vulnerable children.

“Often these are already the most marginalized families. They are therefore often black, brown and from ethnic minorities. They are so often poor.

However, she said the campaign line epidemic was not confined to city centres, adding: “I have heard countless examples of suburban and middle-class English children being cared for by criminals. “

Government figures covering 2021-2022 show there were 11,600 cases where gangs were a factor and 10,140 cases where criminal child exploitation was a factor in assessments of children in need – this which, according to the commission, is only the tip of the iceberg.

Estimates suggest there could be up to 200,000 children in England aged 11 to 17 who are vulnerable to serious violence.

Most at risk are adolescents growing up in poverty, in disadvantaged areas, and they are disproportionately from black, brown and minority ethnic backgrounds.

They said the Sure Start Plus programs could be partly funded by the millions of pounds recovered each year from the proceeds of crime.

They would initially be placed in the areas most in need and bring together local services to provide tailored services to families and children in need.

They are named after the New Labor ‘Sure Start’ program aimed at giving children the best start in life, which was later scrapped by the Conservative government.

The Commission has suggested a one-off £1billion mental health recovery program for children and young people, funded in part by a levy on social media companies and mobile phone providers.

And they also called on the government to hold regular Cobra meetings to tackle the scourge of serious violence.

“12 years of Conservative neglect have eroded the systems that keep children safe and set young people on the path to fulfilling futures, wasting lives and costing taxpayers,” she said.

HuffPost UK has contacted the Department for Education for comment.

Belio Kipsang: the expert who disagreed with Magoha returns to the Ministry of Education