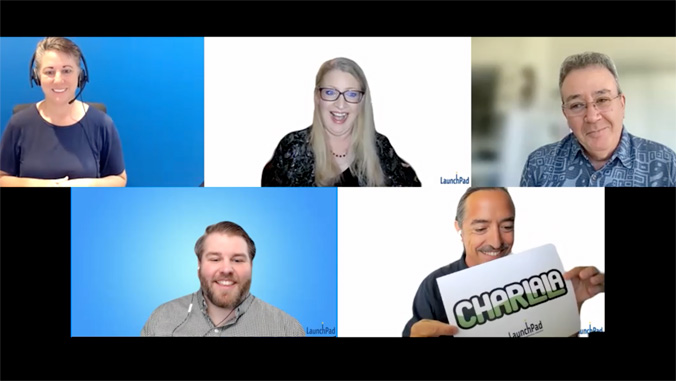 lyrical is a mobile application that teaches all the building blocks of a language through music.

“We believe it is important for fledgling businesses to receive early feedback from the profession,” said Julio Rodriguez, director at the Tech Center. “It’s a win-win situation. Companies receive feedback to better align their products with research and language education needs; and language teachers have the opportunity to shape new products in the way that best suits their needs. »

Mobile app lyrical earned top marks from the judges and won the LaunchPad award by capturing the honorary plaque. The digital platform combines the basic language components with the lyrics of different popular music tracks. The company is founded on the principle that songs make language memorable. With each song, users learn vocabulary, grammar, and listening comprehension in context, hoping to be reinforced with each listen.

“lyricalrepresents a unique approach that leverages both self-directed and teacher-facilitated learning,” said Richard Medina, project manager and specialist at the Tech Center. “Their contribution fills a niche in the world of language learning technology that really impressed the judges. We’re excited to see where they go from here!

Products are judged on a variety of criteria, such as product alignment, quality of pitch, innovation, user experience and potential for use in Language Flagship, a network of 31 flagship programs across 23 language schools. higher education across the country, including two programs at uh in Chinese and Korean.

The Audience Award went to Charlala, which garnered the majority of votes from the contest’s online audience. Conversational language app converts any device into a digital canvas to engage students in authentic conversations through a variety of communication activities, including card talks, weekend talks and stories.

Participating startups are exposed to thousands of language educators and several successful companies in the field. uh‘s Tech Center launched the LaunchPad competition in 2017, inspired by the popular Japanese TV To display The dragon’s lairand his American successor, shark tank. The annual event is designed to facilitate early dialogues between start-ups and language professionals around the world.