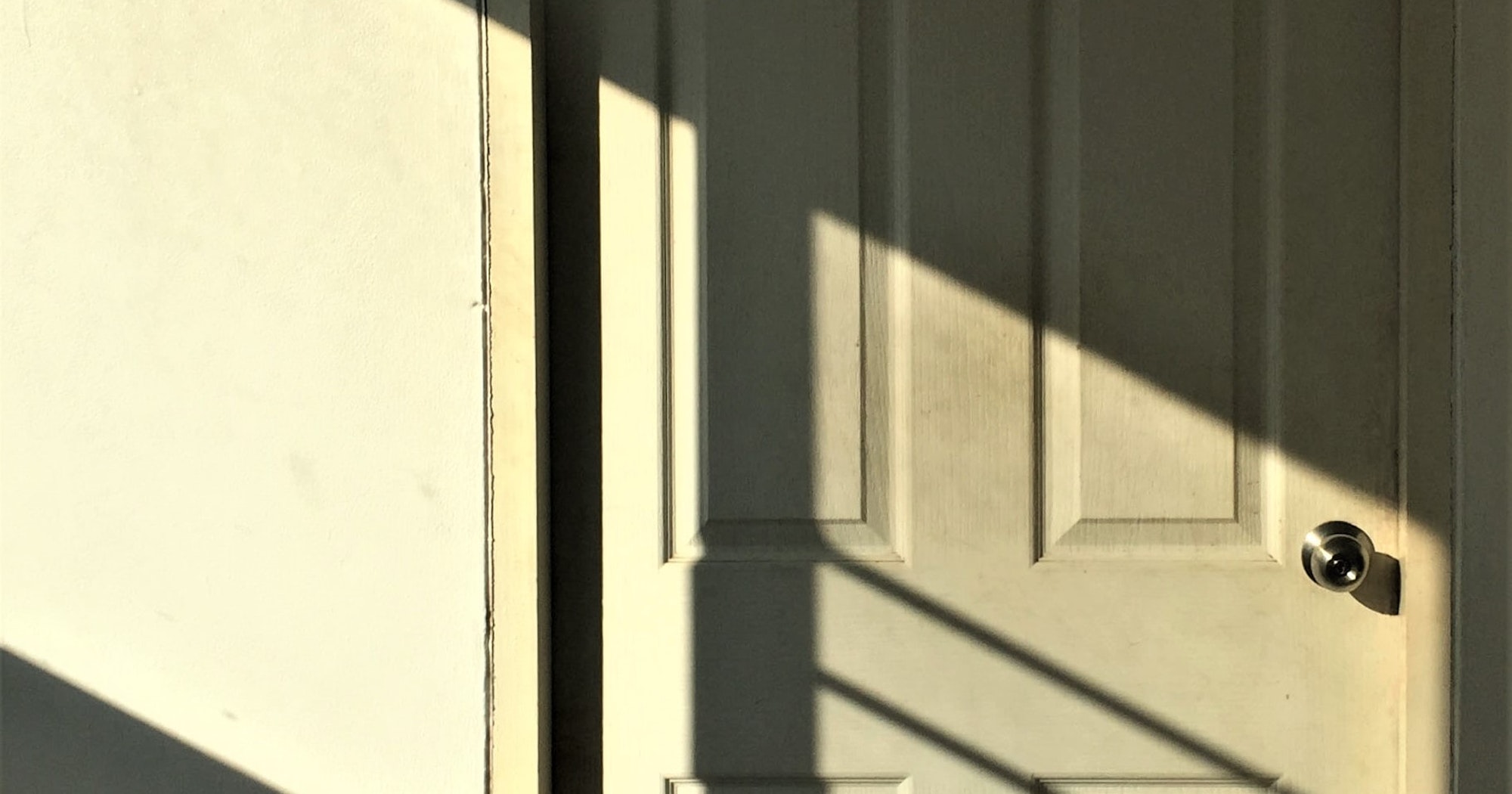 The Spiritual Gift of a Closed Door: How Waiting Serves Ministry

Sometimes God makes us wait for doors to open in ministry because unwanted waiting is one of the best preparations for ministry.

In the fall of 2008, I already knew that I wanted to be a pastor. It was my last year at Wake Forest University. I had wondered if I could be a high school teacher, so I tried some education classes. However, thinking that I might enter the ministry, I also enrolled in a memorable course in theological school, on the apostle Paul and his letters. The course was given by a lesbian universalist. On the last day of class, she turned in our final papers and told me she thought I should consider Christian ministry. It was almost enough to convince me not to.

No, despite my experience in theological school, I still wanted to be a pastor, in large part because I had seen the eyes of teenagers light up, again and again, as we read together about Jesus in the Gospel of Jean. I came to faith through the Young Life ministry and then volunteered with the ministry throughout college. I spent much of my free time at East Forsyth High School, watching JV football games, playing ping pong, and telling 14 and 15 year olds what God had done for me. I have never felt more alive than when I watched God use something in his word to ignite the filaments of their spirit.

After that course, I stayed out of theology school and decided to major in commerce with a minor in ancient Greek (probably the only one in my class to do so). When I graduated in 2008, I knew I needed more training to learn how to handle the Bible faithfully, so I went straight to Bethlehem College & Seminary, where I graduated in 2012.

Now to say I’m not yet a pastor is not say that God has not opened real doors for ministry. He clearly has. This article itself is just sweet and unexpected proof. But I still don’t lead the way I thought I was now, which gave me a chance to think about why that might be. Why might God give me ambition to lead and provide strong confirmation of character and ability, while withholding certain opportunities to lead?

Because sometimes unwanted waiting is one of the best preparations for ministry.

“How many men have been given too much authority, too soon, and fallen headlong into the hands of hell?”

When the apostle Paul explained what kind of man a pastor should be, he wrote: “An overseer, as God’s steward, should be above reproach. It must not be arrogant . . .” (Titus 1:7). Does arrogance seem spiritually dangerous or even ruinous to you? Paul said the same thing to young Timothy: “He must not be newly converted, or he might be puffed up and fall into the condemnation of the devil” (1 Timothy 3:6). Is there anything more dangerous to a ministry – or to a soul – than uncontrolled pride? How many men have been given too much authority, too soon, and have fallen headlong into the hands of hell?

The priceless gift of unwanted expectation in ministry is humility. A ministry without humility may seem to thrive for a while, but (as we have seen time and time again) it ends up harming those it claims to serve. Pride slowly erodes a ministry until it suddenly collapses on everyone involved. How nice of God, then, to save churches, families, and souls, by making some men wait until they can kneel low enough to lead well?

Happy in the shadows

One of the best ways to manage a season of waiting to graze is to learn to be a model sheep. Pastors worth following, after all, are always examples worth emulating.

“Shepherd the flock of God that is in your midst,” writes the apostle Peter, “by keeping watch, not by compulsion, but voluntarily, as God wills you to be; not for shameful gain, but with eagerness; do not dominate those in your charge, but being examples to the flock(1 Peter 5:2-3). So, what kind of example are you becoming? Bobby Jamieson offers this advice to aspiring leaders like me in the following sense:

What good deeds do you do that are seen by few or none? When was the last time you volunteered for a menial task? Which title means more to you, “brother,” which you are, or “pastor,” which you hope to be? Is being a servant your idea of ​​greatness?

One of the best things a budding pastor can do is serve out of the spotlight. Offer older members walks to church. Serve in the nursery. Teaching children Sunday school. Volunteer to serve food and clean up after the wedding reception for a few church members you barely know.

Everyone wants to be a servant until they are treated as such. Pastors are not just servants; they are treated as servants. Prepare now both for the work and for receiving it by serving others. The best preparation for the spiritual trials of the spotlight is to serve joyfully in the shadows. (The path to becoming a pastor134)

“One of the best ways to handle a season of waiting to graze is to learn to be a model sheep.”

How do you handle shadows? If we could see how well these days prepare us for the darker days of ministry to come, we would cherish the silent, hidden work God is doing in and through us as we wait.

As I traveled with John Piper during my years as his assistant in the ministry, I heard him tell a version of a particular story several times. Each time, the scene captivated and humbled me.

One of the main reasons I chose to come to Bethlehem College & Seminary was to sit under it and learn from it. His preaching class was everything I hoped for, and more. As you can imagine, he came each day brimming with new insight into his devotions, eager to wrestle with us on something God had said. He had (and has) an unrelenting appetite for discovering reality in the scriptures and pressing it into human hearts, especially his own. These hours have been intense and refreshing, serious and exciting. I left wanting to see all he could see in the word of God.

When I was in seminary, I said to John McClure, the head of the youth department at Lake Avenue Congregational Church, “I’m available and I’ll do anything you want me to do. And he said, “Well, we need a Sunday school teacher for seventh grade boys this year.” I said, “Count me in.”

I have dedicated my life to these boys. They were about nine. . . . Four hours every Saturday afternoon, I worked on my lesson. And at the end of that year, I said, “Now what do you want me to do, the same thing?” He said, “No, now we need a ninth grade teacher.” So I said, “Okay,” skipped a class, and taught ninth grade.

In the middle of that year, the Galilean class of young married Sunday school couples said, “We would like you to teach our class if they can do without you to teach the young people. That’s how it’s been my whole life. My dad said, “Keep the room clean where you are, son, and he’ll open the door when the next one’s ready.”

I would pay to watch these nine 12-year-old boys under the waterfall of a young Piper’s love for Jesus.

The story sticks with me and disgusts me because of how someone as gifted as him is poured into a few kids week after week. Hours of reflection, prayer, and preparation for a small crowd of tweens (who probably don’t care how long he spends there). I can imagine what those lessons were like – John, with all he had, striving to creatively capture their wandering attention with the beauty and value of God. Am I so faithful in the discreet and secret ministries that God has entrusted to me?

The story inspires me, however, because it reminds me that greater fruitfulness and greater responsibility in ministry often come from faithfulness in secret places.

Are you loyal to Little?

As I traced the threads of humility, leadership, and expectation in the scriptures, it occurred to me that, in a sense, our entire lives are a brief season of training for an eternity of ministry. Listen to how Jesus explains the parable of the talents:

It will be like a man going on a journey, who called his servants and entrusted his property to them. To one he gave five talents, to another two, to another one, to each according to his ability. . . .

Now, after a long time, the master of these servants came and settled accounts with them. And the one who had received the five talents came forward, bringing five talents more, saying, “Master, you have given me five talents; here I gained five talents more. His master said to him, “Well done, good and faithful servant. You have been faithful a little; I will impose a lot on you. Enter into the joy of your master. (Matthew 25:14-21)

So, while you are waiting for a door to open, be as faithful as possible in any work, however small in appearance, that God has entrusted to you at this time.

California authorities said a “curious” monkey at a local zoo picked up a cellphone and dialed 911, prompting a brief investigation.