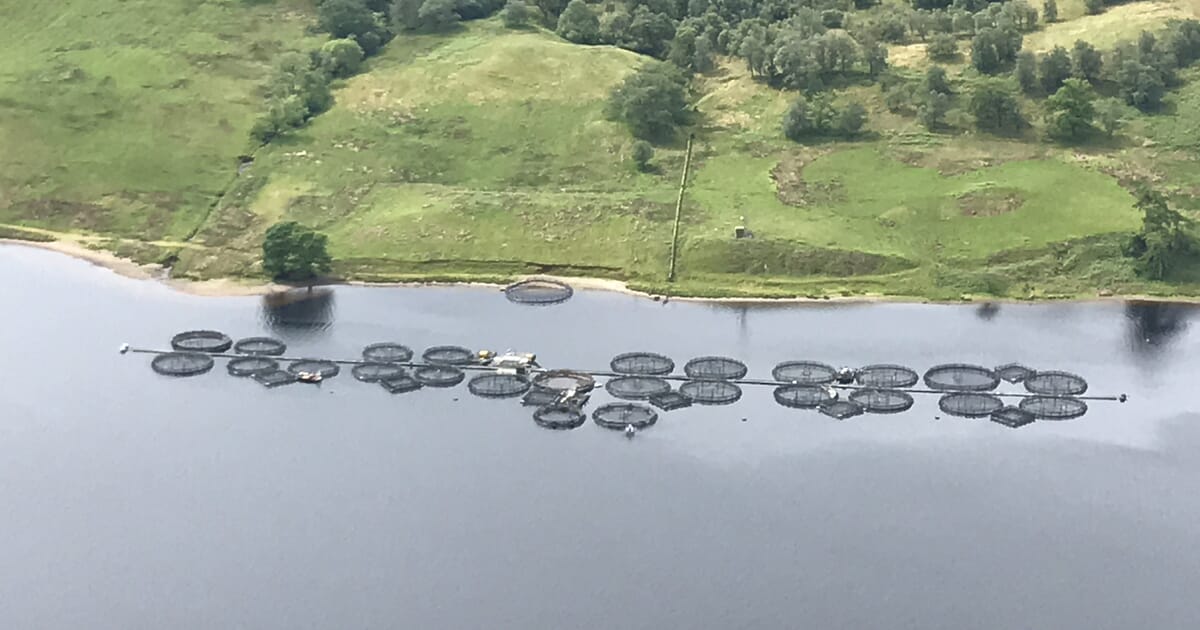 Oliver Robinson, chief executive of the British Trout Association, said: “Globally, changes in weather conditions are affecting all kinds of animal and plant species. For aquaculture this can mean an increase in the presence of natural but potentially dangerous plankton and jellyfish.

“Standardizing water sampling protocols and sharing this data across sectors can only be a good thing, helping to highlight emerging threats and allowing growers to take preventative action to protect their cattle.”

Professor Keith Davidson, Associate Director for Science and Education at SAMS, said: “SAMS has operated an early warning system to mitigate the impacts of harmful algal blooms on shellfish. Now we are working with SAIC and the industry to refine this approach to supporting salmon aquaculture.

“We are using phytoplankton cell counts undertaken on farms to run mathematical models capable of simulating the development and transport of these potentially harmful events and helping farmers plan breeding actions to better protect the health of plants. farmed fish.”

Actions farmers can take include:

Early warning about the nature, location and extent of marine organisms is becoming increasingly critical. Just last week, a investigation by the Marine Conservation Society has reported an increase in the abundance of jellyfish types in the UK and Ireland, including species normally found in warmer waters.

Around the west coast and islands of Scotland, microscopic jellyfish – tiny translucent jellyfish measuring as little as 2mm and therefore almost invisible to the naked eye – are believed to be a key factor in reducing the survival of farmed salmon this summer.

Data published by Salmon Scotland for September issues, survival fell to 95.3%; 2.4 percentage points lower than the past four year average of 97.7% and equates to a loss of 2.8 million fish across the sector.

Tavish Scott, chief executive of Salmon Scotland, said: “Whether on land or at sea, raising animals outdoors inevitably carries risks as the climate continues to change and evolve, but it makes induced events by the environment such as micro-jellyfish no less devastating for the farmers who take care of these animals day after day.

“That’s why we’re so committed to increasing our understanding of new and emerging threats to better protect the health and well-being of our salmon.”

The decision to create an early warning system for water quality detection is the latest in a series of initiatives by the Scottish aquaculture sector to tackle and adapt to climate change. This includes several applied research projects aimed at identifying, mitigating and managing environmental health issues, and represents a total investment now exceeding £3 million.