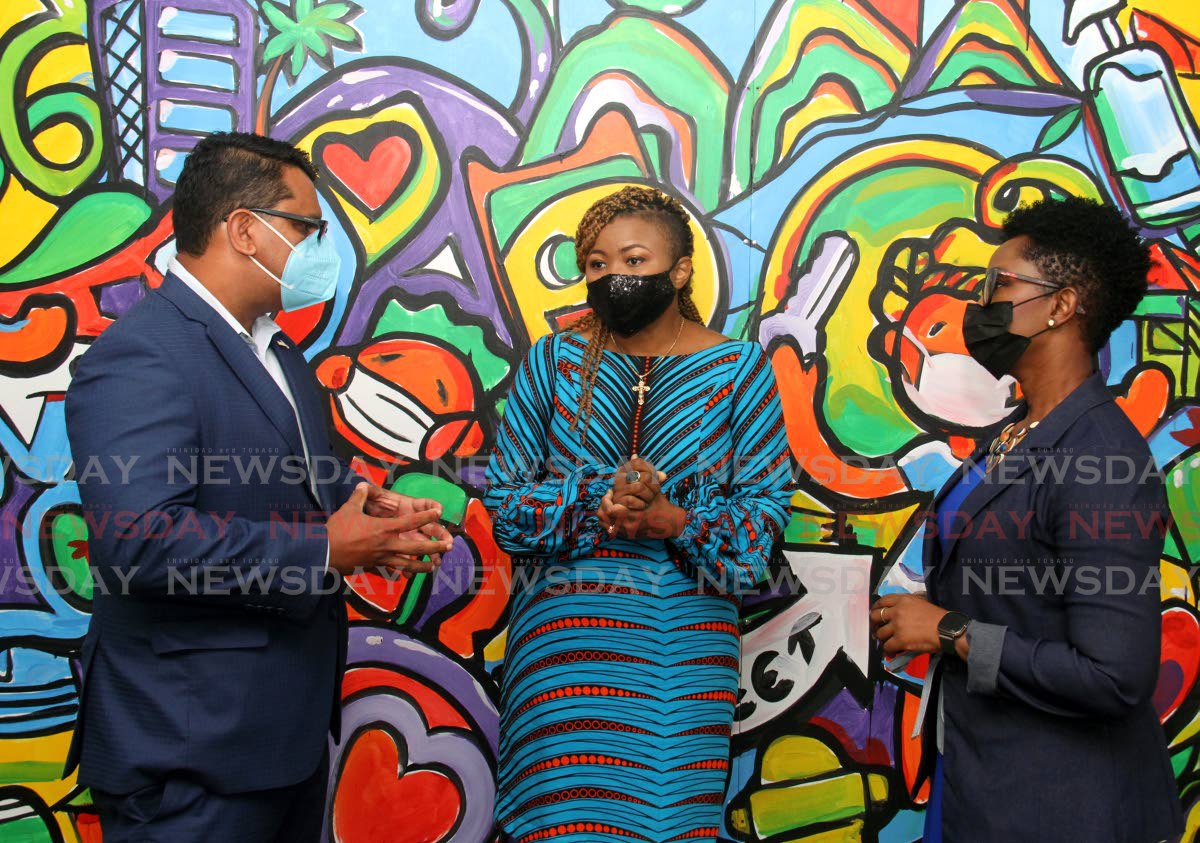 The Ministry of Education launches a mural project in 20 schools

Twenty schools across TT were given the opportunity by the Department of Education to get their students to tap into their creativity and create a mural for their schools. The project will allow students to use their July/August holidays to create artwork and those chosen will be painted on each school in time for September 10, the new school year.

Education Minister Dr Nyan Gadsby-Dolly said the schools mural project could help lesser-known schools get the recognition and pride they deserve. She said there were too many schools unknown to the majority of the population and hoped that with this project, their students could feel the same as those in well-known schools.

“How do you think they would feel at the end of this project and be able to say, ‘I contributed to it?’ It is the desire and the pride that we want to achieve at all levels.”

She also expressed her gratitude to the American Chamber of Commerce TT (Amcham) and First Citizens for initiating and materializing the idea of ​​primary and secondary schools.

Amcham CEO Nirad Tewarie said the project was inspired by the mural at the Queen’s Park Savannah Paddock Mass Vaccination Site in Port of Spain.

He said the pandemic had been difficult for everyone, especially young people, but the Mural in Schools project could generate positivity. Tewarie said it was an honor to carry out the project and that “schools should be the center of community in every community.”

He added that he was looking forward to seeing all the artwork and hoped the murals could ultimately boost tourism in TT.

“Who knows? Maybe we can form another bond and it can be part of tourism like the ones (paintings) we do of the country. It can be to show local art for children.”

First Citizen representative Gillian Benjamin said the company knows how dependent the country is on the younger generation and that giving young people the opportunity to channel their energies in a positive way is essential.

She said the mural project could also spark an interest in art among some students and furthermore help to develop their artistic abilities.

“All in all, we expect this experience to provide them with another outlet to enrich their school life, strengthen teamwork and, above all, experience the sense of accomplishment that will come from working together on this project.

Early warning system sought in floodplains of Kullu and Mandi : The Tribune India