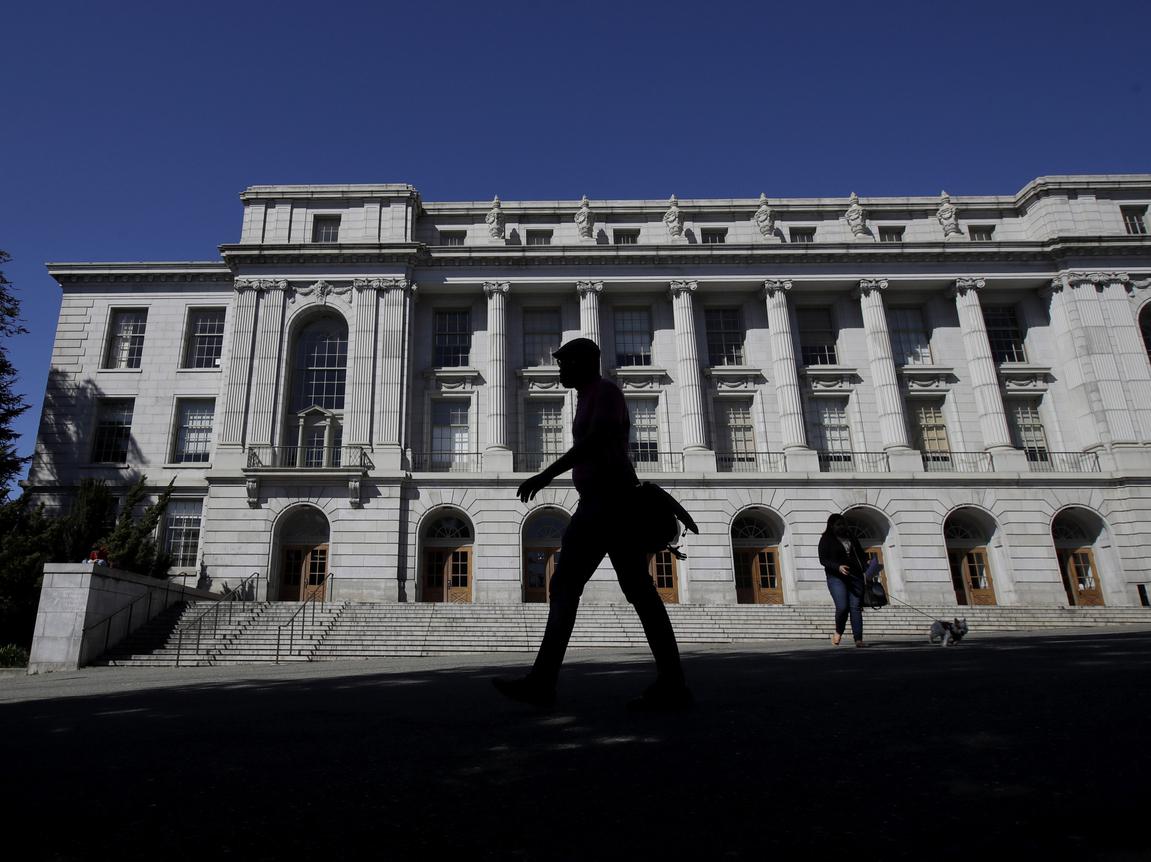 The ghost of Ronald Reagan runs the UC system. Expect strikes until this changes

The University of California could not function without the work of professors. In any given year, UC employs more than 6,000 of these educators, who are hired on short-term contracts and do not have job stability. In total, they teach about a third of the courses offered across the system. Since 2011, the number of professors at UC has increased to more than three times the rate of full professorships.

This trend, in line with nationwide hiring patterns, is often criticized as an existential threat to higher education. And it is true that the growing presence of a class of underpaid and overworked teachers operating without the guarantees of tenure indicates a disturbing subordination of American higher education to the prerogatives of the market. But in California and elsewhere, non-tenured professors are here to stay. This workforce deserves its own protections and the opportunity to educate students with stability and support.

In November, the UC system took a big step in this direction. After nearly three years of negotiations and nearly two without a contract, an agreement reached on November 17 between the administration of the institution and UC-AFT – the union representing professors at the University of California – made it possible to ‘avoid a planned strike across the state system. The union hailed the agreement signed with UC as the “best contract in its history”. Speakers received a 30% salary increase over the six-year contract, along with guarantees of greater job stability year on year.

These changes not only represent material gains for the faculty themselves, but they also offer a long-awaited recognition of the vital role of this workforce in teaching California students and in fulfilling the historic mission of teaching of the university in the 21st century. However, while the contract is a big win for UC-AFT, there is still a long way to go. As long as it continues to rely on faculty to fulfill its core responsibilities, UC must integrate efforts to stabilize this essential workforce in the medium and long term.

The working conditions of teachers vary. Although these faculty members are well-trained and talented, the terms of their employment still limit “opportunities to perform,” as Adrianna Kezar, a higher education professor at USC writes. And within this group of so-called “contingent” teachers, the number of part-time staff regularly exceeds the number of full-time positions, which means that most teachers lack a lasting connection to the campus which employs them.

Since casual faculty often do not have an office on campus, can juggle appointments at multiple schools, and are less likely to be held up semester-to-semester, the students they teach have fewer opportunities for the sustained interaction between students and faculty that many researchers have linked to academic achievement. As UC-AFT insisted throughout the negotiation process, teaching conditions are learning conditions for students.

So how did we come to this?

The move towards contingent academic work at UC reflects broader national trends in higher education. Almost a million more people teach in universities than in 1969, but the number of teachers has remained roughly constant. The other two-thirds of all faculty across the country lack the security of tenure-based job protections for the most part.

The specific situation at UC, however, cannot be separated from the specific political and economic history of California – and the withdrawal from a model that assumed higher education was a public good of which the state and its residents would benefit.

The founding moment of modern UC was the 1960 drafting of the California Higher Education Master Plan. This plan formalized the relationship between UC, the California State University system, and community colleges, laying the groundwork for everything from instructional guidance and enrollment numbers to physical footprints. At the time, public institutions were largely funded by public funds, which allowed community colleges, CSU, and UC to remain tuition-free for residents of the state.

The explosion of free speech protests at UC Berkeley in 1964, however, diluted voter support for higher education in California. The student movement became a central aspect of Ronald Reagan’s campaign for governor the following year, which he launched with a promise to “clean up the mess in Berkeley.”

This strategy proved successful, and Reagan’s election in 1966 sparked a shift in mentality about higher education in California that is still reverberating today. Reagan used the free speech movement as a wedge to introduce “tuition fees” to supplement public funding for the university. The fees started life as a $ 250 fee levied on students (roughly $ 1,700 in 2020 dollars). It has since repeatedly inflated the rate of inflation and now accounts for about half of UC’s basic income, bringing in more than $ 3 billion in 2020 alone.

Reagan’s fees went into effect in February 1970. Since that pivotal moment, increased competition for state resources has contributed to declining public funds for higher education. The adoption of Proposition 13 in 1978, which halved the collection of property taxes, exacerbated this model and greatly reduced the ability of local governments to raise revenue.

The spending priorities were also changed. During the 1980s and 1990s, state funding for prison construction grew much faster than funding for higher education. In the years that followed this prison shift, a succession of economic crises – the reduction of defense contracts in California in the early 1990s, the bursting of the Internet bubble in the early 2000s and the Great Recession of 2008 – took place. reduced public spending on higher education. any further. Meanwhile, California’s student body has grown significantly, tripling from 87,087 in the year of Reagan’s election to 291,239 in 2021 and becoming increasingly diverse in the process.

The result is a long-term decline in funding per student in a system that relies more than ever on tuition fees and private funding streams – through partnerships with industry and private philanthropy (which often leads wacky results, as the recent controversy over a mega-dormitory project critics likened to a prison, offered to UC Santa Barbara by billionaire amateur architect Charlie Munger, clearly shows).


Perhaps not surprisingly, in such a volatile environment, university administrators are looking for ways to build a more flexible, low-cost workforce.

However, as this workforce has become more essential to the functioning of the university, its members have organized themselves to demand recognition for their work. The last time UC-AFT members went on strike, in 2002, they won “continuing appointments” for long-term professors who taught six years of classes, a status with a pay rise. and job security through permanent contracts.

This stability remains elusive, however. According to the union, less than 20% of teachers at UC have achieved this status, and the average length of a teacher’s employment is only two years. In fact, 25% of all teachers are “kicked” out of the UC system each year, to be replaced by new recruits.

The number of faculty employed by UC has increased since the 2002 strike. And while the recent contract was an important step towards fair labor practices for this population, it is only the start. Occasional professors are still excluded from shared governance within departments, and it remains difficult and rare for them to secure continuous appointments, in part because teaching credits are not transferred between departments.

As part of what it calls its “UC 2030” plan, UC aims to graduate 200,000 additional students out of the estimated million who were expected to graduate between 2015 and 2030. This ramp-up will necessarily depend on continued development. expansion of teachers. as well as the work of postdoctoral researchers, graduate researchers and teachers, and non-teaching staff. The UC needs a new pact, like its original 1960 master plan, to enshrine excellence, equity and access to all, including the teachers on whom its very existence depends.

If administrators refuse to go this route, a newly militant labor movement on campus appears ready and willing to lead the way.

Sammy Feldblum and John Schmidt are graduate students at UCLA and senior fellows at UCLA Luskin Center for History and Policy. Their report detailing the history of work at UC will be published in early 2022 at https://luskincenter.history.ucla.edu.