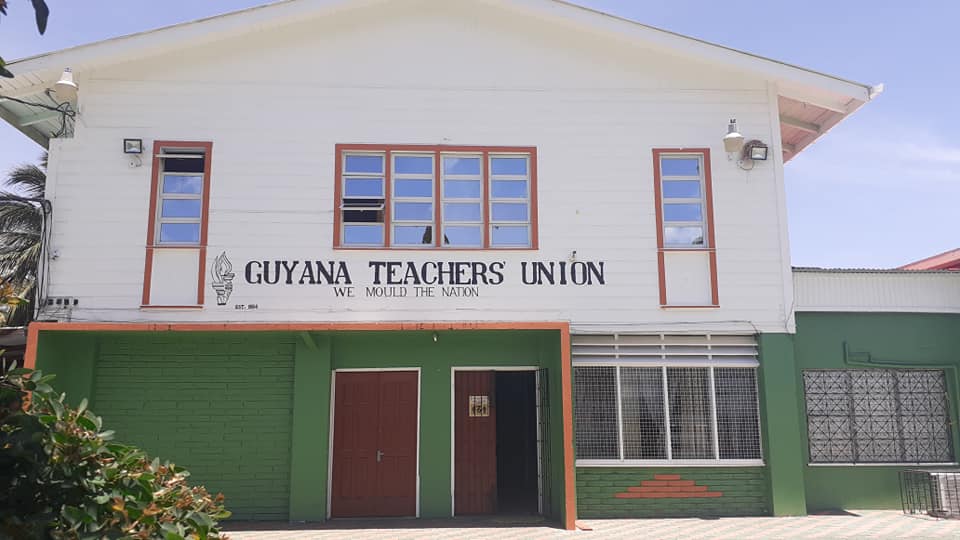 The Guyana Teachers Union formally asked the Education Ministry on Saturday to close schools for 14 days starting next week Monday due to the upsurge in COVID cases to allow for a careful assessment of the situation.

In a separate letter to teachers, GTU chairman Mark Lyte told them that Monday had been designated a “day of isolation” in which no face-to-face or virtual teaching would take place.

“Teachers will virtually engage learners during these fourteen days as the Department of Education reassesses its face-to-face plan for learners during this pandemic,” the union told the director of the education, Dr. Marcel Hutson in a letter. The union said the shutdown period should be used to address ventilation, water and toilet issues.

A senior education ministry official told Demerara Waves Online News that independent monitoring of complaints and concerns will be carried out.

According to the union, teachers and students should not be in overcrowded schools in order to reduce the current spike in positive COVID cases in Guyana. If face-to-face classes are suspended, GTU said teachers would teach virtually.

The GTU chairman told the education director that so far more than 108 teachers and 51 students have tested positive for the virus, widely suspected of the highly contagious variant of Omicron. The union added that a total of 82 schools have reported positive cases of a teacher, learner or support staff.

Meanwhile, U.S.-based Guyanese doctor Rohan Somar said safe school environments are those where everyone should wear a mask, proper ventilation, adequate distance and good testing ability. He predicted that, based on the current situation, Guyana would soon be a “super hot infection state spreading rapidly in the population”. “You may not be able to physically go to school in person, so what to do if possible – distance learning,” he said during a social media program from The Alliance for the change (AFC). Dr Somar said schools could be disrupted for four to six weeks as teachers and students are infected.

Dr Somar praised the Guyanese government’s vaccination program and the overall response to the virus. “They are doing their best to vaccinate the population and encourage good management and good behavior with the population,” he said.

St Stanislaus College Parents’ Association president Vanessa Persaud said the facility had been closed for 14 days and the whole school would be disinfected. “Cases are increasing at school and parents are worried, students are alarmed and it is really no one’s fault,” she told a GTU meeting. She said after the 14-day shutdown, the school would be open for face-to-face lessons for Grades 10-13 only, while online learning would be offered for Grades 7 through 13. the 9th year until the number of cases has reduced.