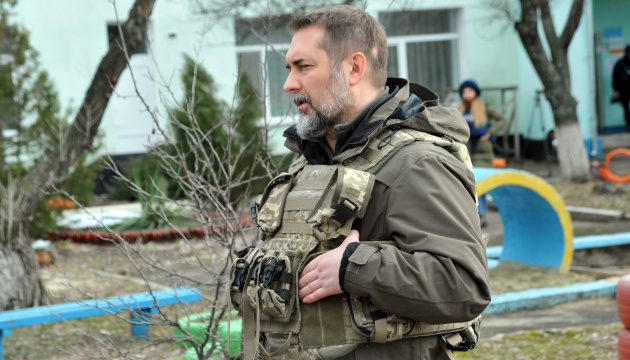 The city of Sievierodonetsk, in the Luhansk region, is entirely controlled by the Ukrainian authorities. The Armed Forces of Ukraine hold the defence.

“Sievierodonetsk is completely controlled by the Ukrainian authorities. The Ukrainian Armed Forces provide defense. But the situation is very difficult. We see the Russians throwing all their forces to either capture Sievierodonetsk or besiege the government-controlled part of the Luhansk region. “, said the head of the Luhansk regional military administration, Serhiy Haidai, during the national telethon, reports a correspondent of Ukrinform.

In the direction of Luhansk, he said, there are 25 groups of Russian battalions, each numbering up to 500 people, totaling at least 10,000 soldiers, as well as a huge amount of equipment.

According to the head of the Luhansk regional military administration, the shelling of Sievierodonetsk has increased and the invaders can make a breakthrough, but the Ukrainian troops hold a solid defense.

“They [invaders] can succeed somewhere, but our guys are very motivated, they stay there, they have weapons. Today, we have been defending for exactly three months. Three months have passed and they [Russians] unable to cross even a small part of the Luhansk region. We will hold it as long as necessary,” Haidai said.

As noted, the Luhansk region is constantly under Russian fire. Many residential buildings, infrastructure, educational institutions were destroyed, and hospitals were damaged. Until recently, around 40,000 civilians remained in the area refusing to evacuate.

Opportunities in the Development Sector for South African Musicians