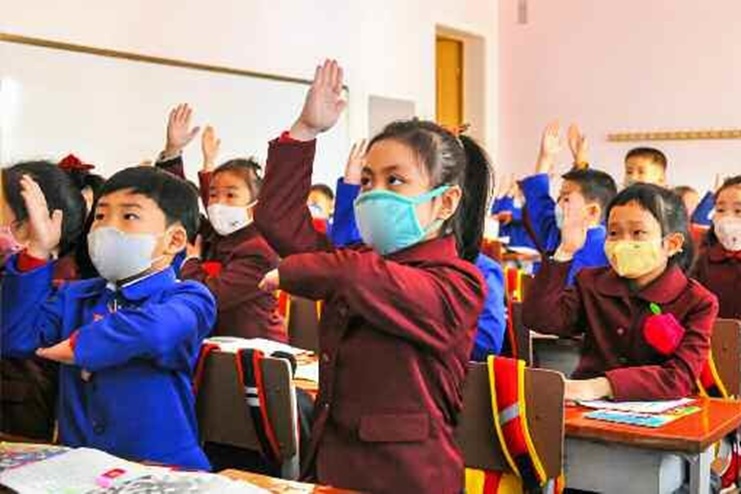 Several first-grade head teachers at an elementary school in Hamhung, South Hamgyong Province, were recently reported to the provincial education department after asking parents for an excessive amount of money for class fees.

“The homeroom teachers at Saemaul Elementary School in Hamhung have taken advantage of the new semester and the influx of new students to charge parents a huge amount for what they call school and class expenses. students who were outraged by such behavior reported it to the provincial education department,” a source in South Hamgyong province told Daily NK on April 15.

In mid-March, the school handed out homeroom and class assignments to first-graders. The teachers then organized a parents’ committee to help run various aspects of the school, followed by the appointment of a committee chairman, the source said.

During this process, head teachers demanded that parents pay KPW 60,000 per student for the maintenance of classrooms, research labs and fencing around the school.

“The head teachers had the audacity to ask for such a sum of money because the school is located in the center of a town with many wealthy residents involved in business activities. These teachers are used to receiving substantial financial support from parents eager to flatter the teachers as they compete with each other for the prestige of their children,” the source said.

Parents were particularly outraged by teachers for shortlisting several pupils to serve as commentators in a town hall meeting to be held during the school’s entrance ceremony. The shortlisting of students caused a bidding war between parents that forced them to pay teachers more to have their own child receive the honour. In the end, the teachers chose the child from the highest-bidding household as the speaker.

Angry parents then reported the teachers’ behavior to the provincial department of education. The teachers in question were not fired; instead, they were reassigned to teach general classes without being attached to a main class, the source said.

Additionally, classes are set to be rearranged as outraged parents protest the school’s decision to split classes based on students’ financial circumstances.

“Parents and local residents fear that young, innocent children will be emotionally hurt by their household’s financial situation. They vehemently criticize the money-hungry school and the dishonorable actions of the teachers, complaining that they “don’t know where this society is going”, the source said.

Above all, people are expressing their anger that groundless demands for money are coming not just from schools but from everywhere during the COVID-19 pandemic, which has resulted in the closure of the country’s borders as well as the reduction of commercial activity due to falling deliveries of goods.