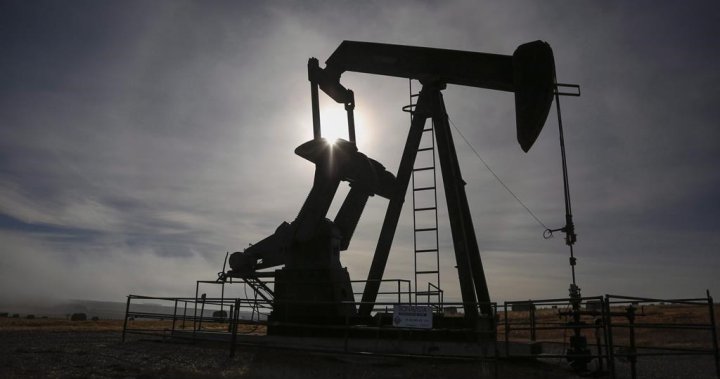 Saskatchewan’s auditor says the Department of Energy and Resources broke government law by providing grants to clean up inactive oil wells before getting approval.

Tara Clemett says the ministry has given the Saskatchewan Research Council $125 million in installments in 2020-21. The money was part of a total of $400 million the province received from the federal government to help pay for these cleanups.

However, the department did so without obtaining the required approval from the Lieutenant Governor in Council, she said.

“They weren’t complying with legislative requirements…and that’s a significant amount of money,” Clemett told The Canadian Press. “They should have got (a) decree, but they didn’t.”

Clemett said orders in council are necessary for transparency and accountability to the public, especially when dealing with large sums of money.

“And also so that the Cabinet and the government are aware of major purchases that government departments are making.”

Energy Minister Bronwyn Eyre, who has held the post for four years, said she understood an executive order was not necessary from an accounting perspective.

The federal government gave Saskatchewan the money to help clean up idle oil and gas wells as the industry faced financial challenges caused by low commodity prices and the COVID-19 pandemic .

The ministry has developed a program to pay the province’s oil and gas producers to recover the equivalent of 8,000 idle wells. If the work is not completed by next February, the province will have to reimburse the money it has not used.

Eyre said the refund clause triggered the Order-in-Council requirement “and that’s really all there is to it”.

The auditor recommended in December that the department get the order, but that was only done last month.

Clemett said his office also audited the Saskatchewan Research Council, which contracts oil and gas companies for cleanup and pays them when the work is complete.

She said there was no evidence of anything nefarious and all funding was split evenly between the companies.

“We were pleased that they were all properly approved and supported,” Clemett said.

Saskatchewan has handed out more than $305 million of federal money to clean up 4,300 wells, meaning they’ve been capped to prevent emissions from spilling into the atmosphere.

Eyre said there are 40,000 inactive wells in the province.

The Department of Energy was the only department in Saskatchewan not to comply with government legislation in handling COVID-19 relief money, Clemett said.

“Other ministries – education, finance – have been able to implement the programs, comply with them and put in place appropriate administrative processes.”

The auditor’s office found other areas within the Department of Energy that needed improvement. They included the requirement to keep minutes during meetings and to obtain enough documents to accurately record income.

Eyre said the Saskatchewan Party government accepts all of the recommendations.

Abandoned oil and gas wells to be cleaned up despite backlog: Alberta regulator

Emily Eaton, an associate professor of geography and environmental studies at the University of Regina, said Saskatchewan’s dormant oil wells cannot be fixed in a limited time frame and with federal funds.

“What is worrying is that the problem of inactive and orphan wells is not a pandemic problem. This has been a problem in our province for a long time, which has been made worse by low oil prices and the coming transition to green energy around the world,” Eaton said.

“It is not just the issue of the decree that is inappropriate. These are other arrangements that have been made for the oil and gas industry under the guise of a (pandemic) emergency. »

How can the education sector protect itself against the top three cybersecurity challenges in 2022? – FE News