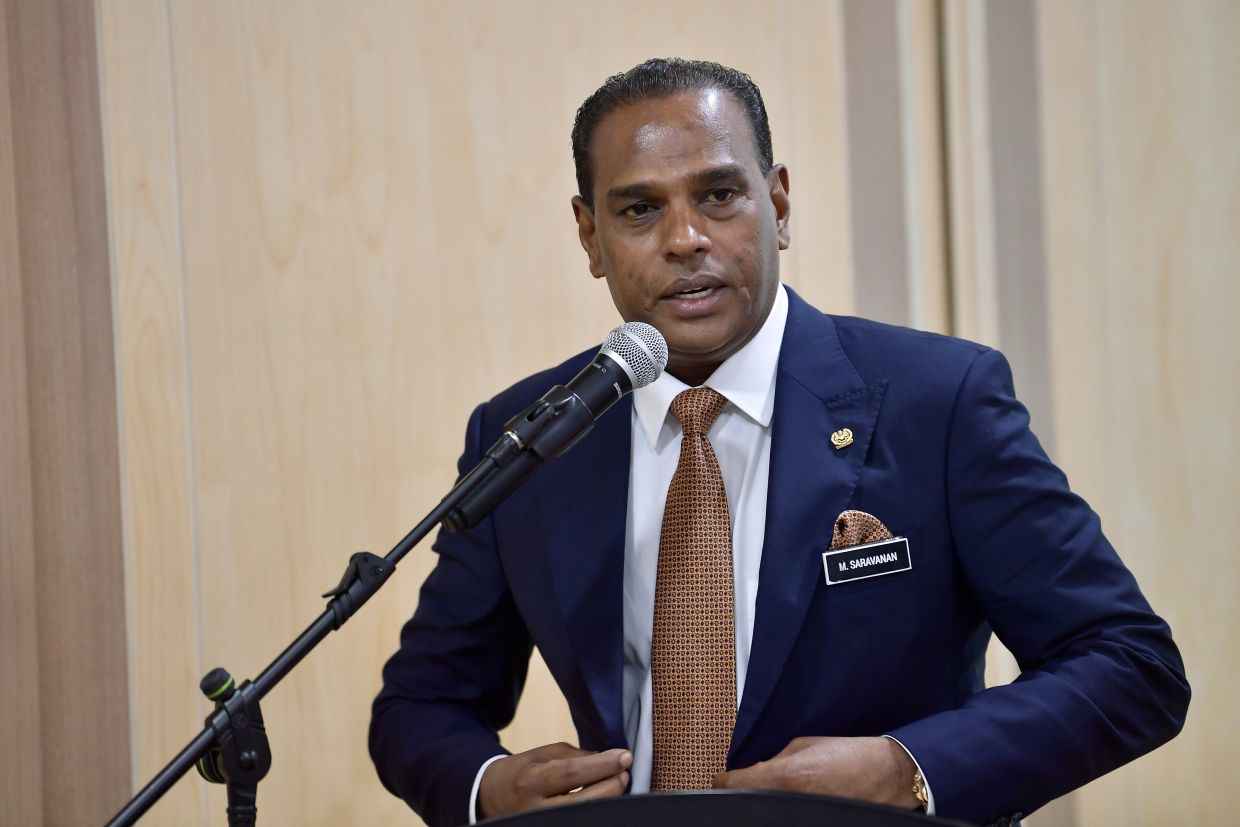 Review needs of gig workers at top of department’s list

PUTRAJAYA: Specific legislation for gig economy workers and helping the government achieve a new target for highly skilled workers will be on the Human Resources Ministry’s to-do list.

His Minister Datuk Seri M. Saravanan said the ministry was concerned about the needs and welfare of some four million Malaysians working in the gig economy.

The figure is a big jump from the pre-Covid-19 pandemic days, when there were some 500,000 workers.

With the increase in numbers, the ministry, through the Social Security Organization (Socso), introduced a special social security scheme to provide protection for the self-employed.

“We are concerned about the needs of gig workers.

“We will consider whether there is a need to develop legislation specifically to oversee and protect workers in the gig economy,” he said in his Workers’ Day message yesterday.

Saravanan said the job market today is no longer limited to the employer market, adding that “now it is about the employee market.”

“Employees now have the choice of finding employment in other sectors, and the labor economy offers higher incomes based on their skills,” he said.

Saravanan said that to help increase the percentage of skilled workers to 35% by 2030, his ministry will play its part to ensure the successful implementation of the national Technical and Vocational Training and Education (TVET) programme.

On the monthly minimum wage of RM1,500 which came into effect yesterday, the minister said the decision to increase the amount was to encourage greater participation in the local job market, and the minimum wage could help to attract more job seekers.

“The decision to increase the minimum wage is made after careful study and review with the participation of stakeholders and parties,” he said.

Prime Minister Datuk Seri Ismail Sabri Yaakob announced in March the establishment of the new minimum wage for the country this year.

Saravanan said his ministry had also worked with the International Labor Organization (ILO) to launch a national action plan on forced labor 2021-2025.

“This action plan is our commitment to ensure that the issue of forced labor is collectively and effectively addressed in order to protect Malaysia’s image and reputation,” he said.

In March, Malaysia ratified ILO Protocol 29, also known as the 2014 Protocol to the Forced Labor Convention, 1930.

Issues of forced labor and the treatment of workers, especially foreign workers, have placed the country in a difficult situation, especially in the annual report on human trafficking.

Saravanan said the ministry is committed to ensuring the welfare and welfare of the workers, which he described as “the pulse and the pillar of nation building”.

“I would like to express my deepest gratitude to all workers in Malaysia for their sacrifices, commitment and contribution to economic recovery.

“As Minister of Human Resources, I am committed to ensuring that your rights as workers are always protected.