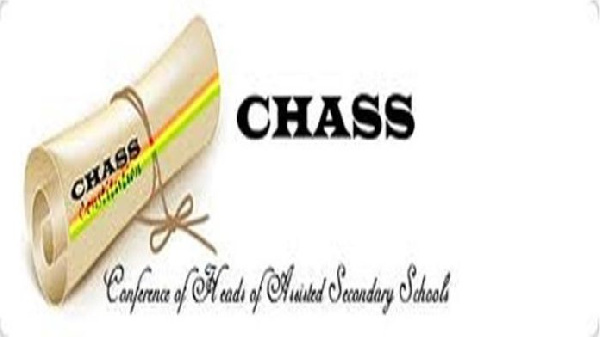 The Assisted Secondary School Heads Conference, CHASS, has called on the government to return to the traditional term system in the 2023 school year as the current term system puts a lot of strain on school facilities and infrastructure as well than on staff and students.

In a statement released by CHASS on October 14, 2022 during the closing ceremony of the 60th anniversary celebration and annual conference in Koforidua, the eastern regional capital, CHASS Deputy Secretary Primus Baro noted that “the government should examine the issue of cost-sharing theory”.

This, Mr. Baro noted, has become very clear that the government alone cannot fully bear the cost of education and therefore must offset some of the costs for parents and guardians.

Mr. Baro reiterated their request to the Ministry of Education and the Ghana Education Service to always ensure the timely and adequate release of funds from schools. They explained not only the money for perishables but also the money for recurrent expenses to the schools to enable them to function efficiently.

CHASS also wants the government to produce clear guidelines on the activities of APEs to enable them to operate more effectively and efficiently in all schools.

CHASS, they added, will save headteachers the unfortunate questions and sanctions that are applied to them in their dealings with PTAs.

They noted that many preferential trade agreements are currently dormant due to the unclear and unwritten moratorium imposed on their activities since the establishment of the Free SHS.

Ministry of Gender calls for resources for Domestic Violence Fund