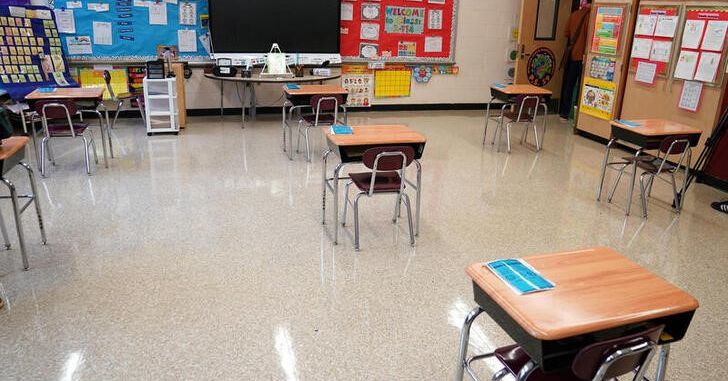 The Columbus Education Association (CEA), a union representing nearly 4,500 teachers, counsellors, librarians and other workers, said on Twitter that it had reached a “conceptual agreement” and members should watch for updates.

“CEA members: do not show up at picket sites in the morning, check your emails for further instructions,” he said in his tweet.

Details of the deal were not available early Thursday morning. CEA members are expected to ratify the agreement for the strike that began on Monday to end.

The Columbus Dispatch newspaper reported that the agreement was reached after more than 12 hours of negotiations between Columbus City schools and the association with a federal mediator.

The district will continue virtual learning Thursday and Friday and educators are expected to return to school Monday, the newspaper reported.

Members voted Sunday to reject the school board’s “last, best and last offer” and begin its first strike since 1975.

Reporting by Brendan O’Brien in Chicago; Editing by Kirsten Donovan