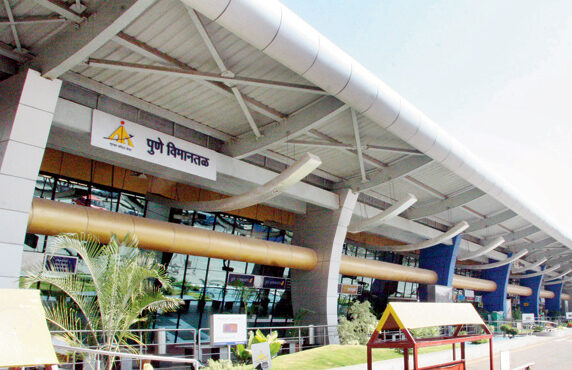 Pune, 22 July 2022: Recently, Sudhir Mehta, the President of the Maratha Chamber of Commerce and Agriculture (MCCIA), spoke to Vistara about the increase in international connectivity of Pune.

Today, Mehta and Prashant Girbane, Managing Director of MCCIA, wrote a letter to Jyotiraditya Scindia, Minister of Civil Aviation, Government of India regarding the need to improve direct air connectivity from Pune.

The letter read: “We believe that Pune, a major manufacturing, IT and education hub, deserves much more direct international air connectivity in addition to additional domestic air connectivity from the current airport.”

MCCIA approached the Department of Civil Aviation with a request to notify affected officials as follows:

1. Consider adding two slots per hour (one arrival and one departure) during Prime time from 6:00 a.m. to 10:00 p.m. (except the time reserved for Air Force outings). This will greatly facilitate the business community and others. Currently, there are 8 moves per hour during prime time.

2. Reallocate slots for international operations from Pune which were removed during the pandemic.

3. Reallocate slots for direct air connectivity on the Pune-Singapore-Pune, Pune-Bangkok-Pune and Pune-Dubai-Pune routes from the airlines that originally granted them for operations and have not used them for a period considerable time due to one reason or the other.

4. In particular, urgently allocate Pune-Singapore-Pune connectivity which deserves top priority since there is currently no direct air connectivity between Pune and Singapore.

5. Consider including Pune airport when formulating revisions to bilateral air services agreements on India-UAE and India-Thailand as well as other countries. This will allow Indian carriers to choose Pune airport for direct air connectivity with some additional destinations in the coming months.

The letter added, “May we also take this opportunity to invite you to MCCIA, Pune to interact with the business community in that region. We ask you to tell us not only about issues related to Pune Airport, but also about your broader vision of civil aviation in India.