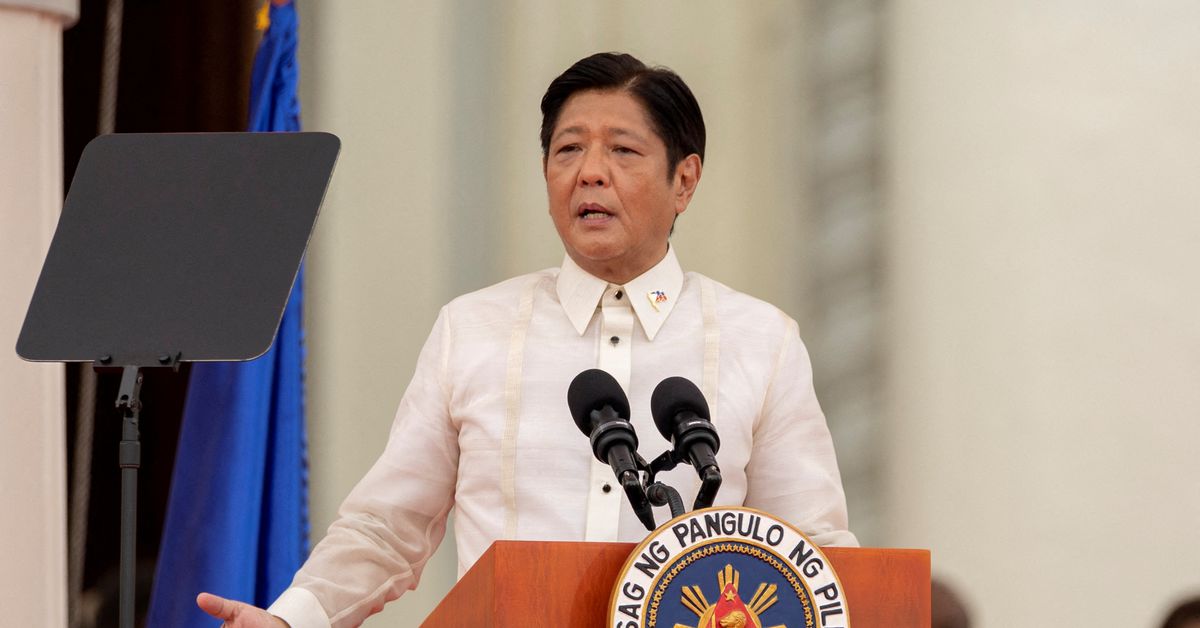 The Philippines faces many challenges, such as soaring prices, food shortages, poverty and educational inequality, but Marcos, the son of the strongman overthrown in a 1986 revolt, said he was optimistic.

“We are living in difficult times brought about by some forces of our own making, but certainly also by forces beyond our control. But we must, and we will continue to, find solutions,” Marcos said in a speech to Congress.

Marcos, who began his term on June 30, won a landslide victory in May, capping his wealthy family’s decades-long quest to win back the presidency and rehabilitate his image after being ousted from power.

The elder Ferdinand Marcos reigned for two decades from 1965, nearly half of them under martial law, during which time thousands of his opponents were imprisoned, killed or disappeared, and billions of dollars of wealth of the state were plundered. The Marcos family denies embezzlement.

Chanting “Never again martial law!”, hundreds of activists staged a rally a few blocks from the parliament building ahead of Marcos’ speech, demanding an end to a “wages, jobs and rights crisis”.

Marcos, who took the agriculture portfolio, said he would create jobs and support growth by modernizing agriculture, to boost food production and reduce imports in the face of a global food price crisis.

One of his first acts as president would be to suspend farmers’ debts, he said. Agricultural production currently accounts for one tenth of GDP.

In a 78-minute speech, Marcos promised to expand his predecessor Rodrigo Duterte’s infrastructure agenda, with a renewed focus on building and upgrading the country’s aging rail transit systems.

He assured investors that he would not suspend any of the projects launched by previous governments and that infrastructure spending would be kept at 5% to 6% of GDP.

Marcos also said he was committed to boosting investment in renewable energy. He said he was also open to adding nuclear power to the country’s energy source mix, a plan initiated by his late father in the 1970s.

Marcos Jr also vowed that the Philippines, a US defense ally that has recently grown closer to China, would remain independent in its foreign policy, even though he vowed not to lose a square inch. of Philippine territory for the benefit of a foreign power, arousing long applause.

His administration would implement sound management of fiscal policy, including introducing new taxes, to help fund investments in technology, health care and education, as he sought to make the country a destination of investment.

Marcos said his government would work to keep classrooms safe during the pandemic so teachers and students can resume face-to-face lessons, and he promised to improve education.

“Our children should be equipped with the best we can offer,” he said.