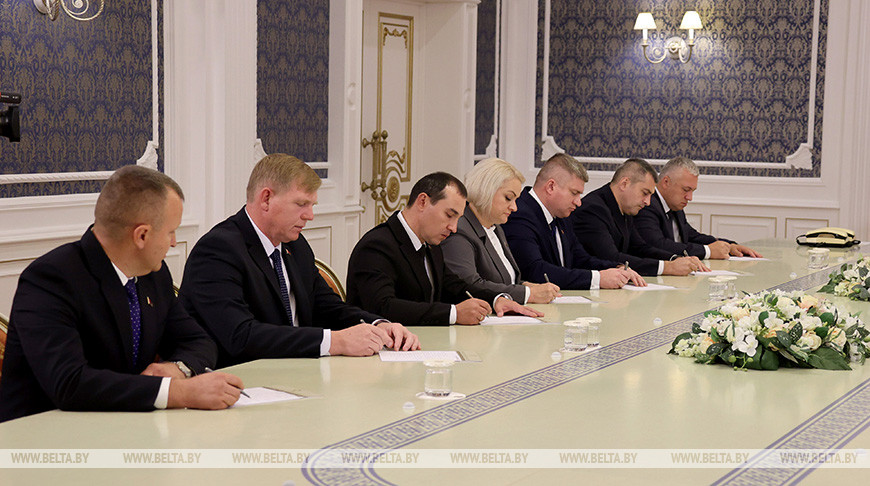 MINSK, Oct. 3 (BelTA) — The implementation of the President’s instruction to carry out at least one investment project in each district will be closely monitored. Belarusian President Alexander Lukashenko made the statement while making decisions regarding the appointment of heads of district administrations, BelTA learned.

Aleksandr Lukashenko noted that traditionally the heads of municipal government agencies mainly deal with agricultural issues. They are responsible for the timely and proper organization of sowing, harvesting and efficient operation of agro-industrial enterprises. Social issues such as social services, education, culture and health care are less of a priority for them because, in general, this system is well organized and functioning.

The president told the heads of district administrations, “The only thing I will hold you accountable for and should work hard on is the only investment project you need to implement in your district. In each district you have to start a new business, a new facility. Up to about 100 new jobs. A promising good company, the products of which we will be able to sell abroad and mainly in the domestic market. For this Igor Petrovich [Sergeyenko, Head of the Belarus President Administration]… You keep an eye on it, the government has to get involved. May God help you if this project fails. Next year we will review the heads of district administrations, the projects they implemented under your supervision. »

The deployment of 5G will greatly benefit the education sector: Dharmendra Pradhan | Education