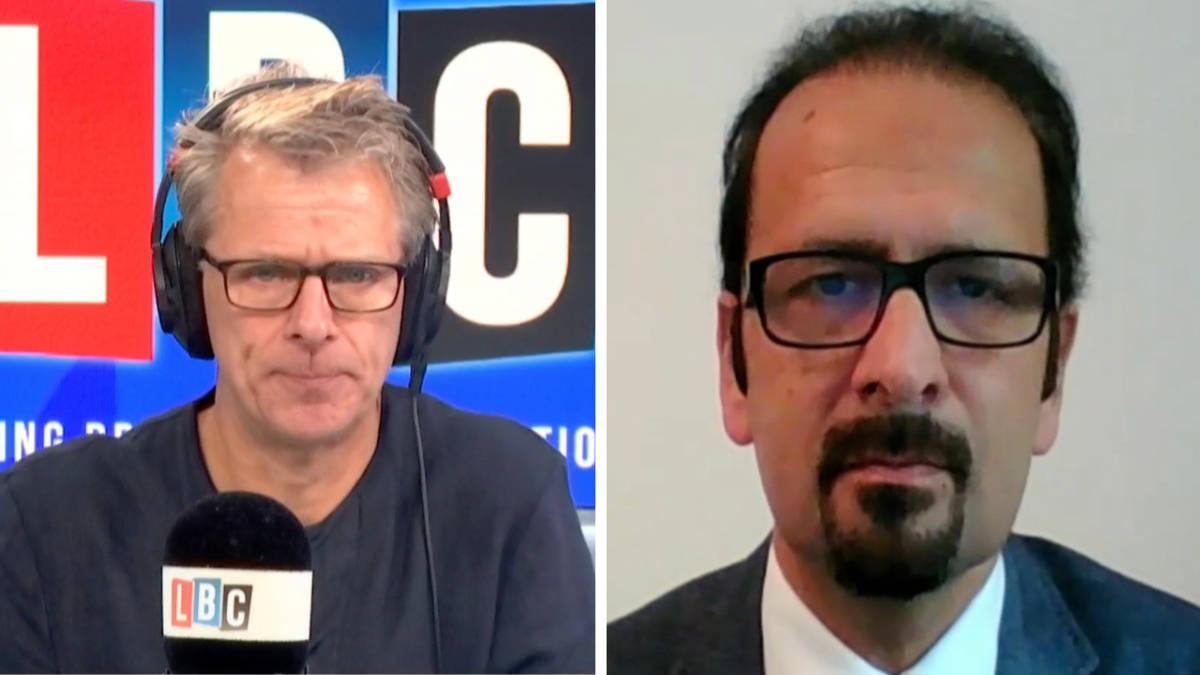 Iran’s Human Rights Director: ‘At least 185 people have been killed by the authorities so far’

The protests began on September 16, when irate crowds gathered to demand justice for the murder of 22-year-old Mahsa Amini at the hands of Iran’s “morality” police.

Nationwide protests have since morphed into a demand for basic human rights, women’s freedoms and an end to the corrupt theocratic rule that has held Iran together for 43 years.

“At least 185 people were killed by the authorities [in this series of protests]said Mr. Amiry-Moghaddam.
“And they still go out in the street”.

In an exchange with Andrew Castle, Mr Amiry-Moghaddam said: “What we are seeing is a revolution of dignity made by women, we had Rosa Parks, now we have Iranian girls giving their lives to obtain fundamental rights and the world is watching as it happens”.

It was not without further tragedy, as Sarina Esmailzadeh and Nika Shakarami, two 16-year-olds who had joined protests against the government, were killed by the authorities.

Iranian authorities were quick to say Nika died after falling from a building, after potentially being pushed by workers.
It was widely rumored that it took several days for his family to learn of his fate and receive his body.

The statement by Iranian authorities has been unanimously discredited, with Nika’s own mother stating that her body appeared largely unharmed, save for the presence of a large skull fracture on the back of her head.

Amid fears and pressure from the government to support its claims, Nika’s family members have been prevented from revealing the truth about her death.

“It’s not just a mother talking under normal circumstances,” Mr Amiry Moghaddam said. “She is risking her life telling the truth as the authorities try to cover it up.”

He added that Nika’s family members had been threatened and some of them had been forced to come on TV and “confess” that their daughter had committed suicide.

Mr. Amiry-Moghaddam then painted a picture of the general mood in Iran and underlined the universal appeal of the protest movement.

“We are talking about young people, old people and all sections of society who are taking to the streets empty-handed, asking for their basic rights and they are protesting in a very civilized way for the most part,” he said.

“On the other side we have the armed security forces, you can compare them to Isis, they have this kind of ideology, they shot people, and Nika and Sarina had been hit in the head with batons “.

Andrew then asked Mr Aminy-Moghaddam what he thinks Western governments and people should do to support the Iranian people in their demand for basic rights.

He then called on the British public to give clear support to the Iranian people and called on the United Nations to establish a mechanism that investigates and holds those responsible for this brutality to account.

Mr Amiry-Moghaddam noted that this is achievable, having been implemented in the context of Syria, but cautioned that it requires public pressure.

Mahsa Amini was arrested on September 13 in Tehran, the Iranian capital, for allegedly wearing a “wrong” hijab.
Under the Islamic Republic of Iran, the headscarf is compulsory and all women must by law cover their hair when outside their homes.

Miss Amini was quickly separated from her brother, who was told she would be taken to a detention center for a short ‘education lesson’.

A few hours later, Miss Amini was transferred from the police station where she had been detained and taken to hospital.

She fell into a coma and died three days later. There were signs that she had suffered a head injury. Regime authorities soon announced that Miss Amini had died after suddenly suffering a heart attack at the police station.
However, eyewitnesses and other detainees have since shared in interviews that Miss Amini was beaten inside the police vehicle.

Her family also said she was a healthy young woman with no underlying medical conditions that could cause sudden cardiac arrest.

The news of his death sparked fury.

Protests have been sweeping Iran for three weeks now, with many protests seeing women rip off their compulsory hijabs, cut their hair and set their headscarves on fire.

By tracking hashtag usage, analysts learned that the internet had been restricted. Iranians continued to defy the rules and shared videos of the situation on social media in the hope that they will gain ground in the West.
Many videos carry the slogan “Be our voice”.