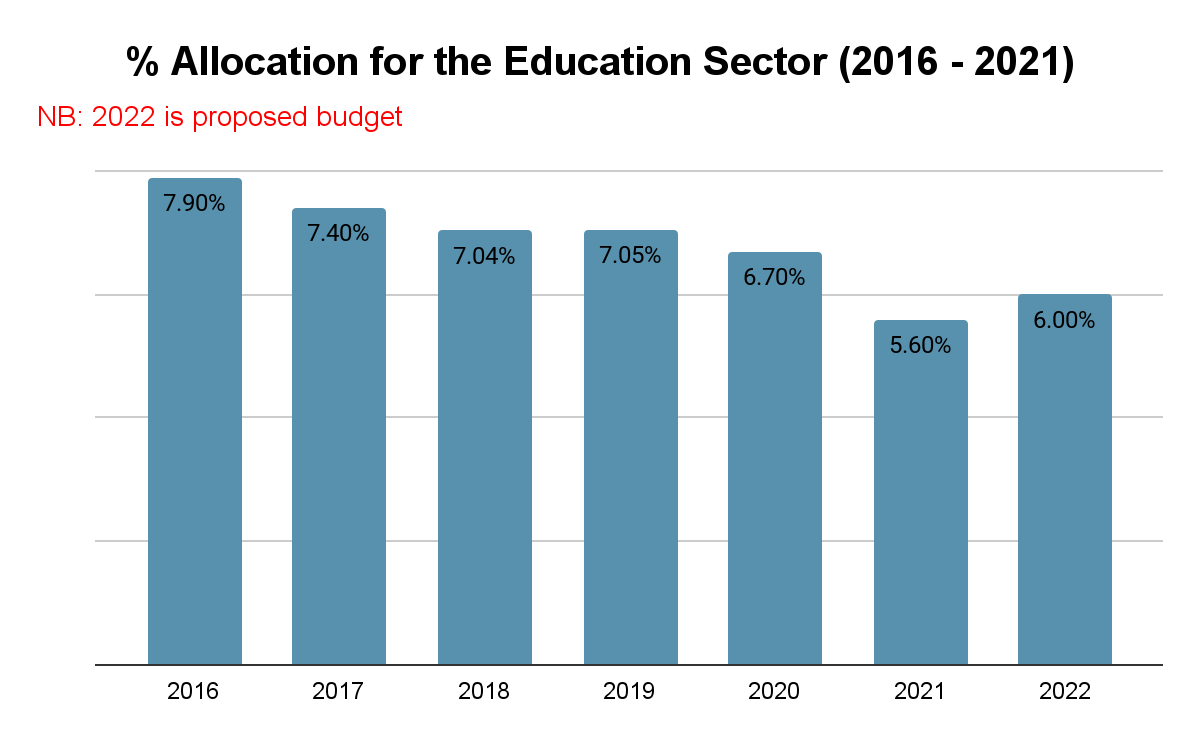 Like other sectors of the national economy, Nigeria’s education sector may not fully recover from the debilitating effects of the coronavirus pandemic anytime soon, as insecurity, especially violent attacks on schools by non-state actors, has complicated the woes that afflict him.

Following the suspension of its nine-month industrial action in December 2020 and the ease of the lockdown by the administration led by President Muhammadu Buhari, Nigerians had hoped for a return to full activities in the education sector in 2021. But many ugly events have proven optimists wrong over the past year.

While many higher education institutions have struggled to adjust their school calendars for the year due to the disruption caused by the COVID-19-induced lockdown, some states, particularly in the north and southeast of the countries, have faced relentless attacks on schools by bandits, forcing states like Kaduna, Zamfara and others to close schools.

Basic education, considered the foundation for lifelong learning and human development, is free and compulsory in Nigeria, in accordance with the Universal Basic Education Act 2004.

But this sub-sector appeared more troubled in 2021, raising concerns about a possible increase in the number of out-of-school children, whose current figure of over 10 million is the highest in sub-Saharan Africa.

The number of out-of-school children in Nigeria is currently estimated at 10,193,918, said Chukwuemeka Nwajiuba, the Minister of State for Education, in June 2021.

The northwestern part of Nigeria, which already has the highest share of that figure, has also witnessed a spate of attacks on schools, leaving students scared to return to class.

According to SBM Intelligence, at least 1,436 students and 17 teachers were abducted between December 2020 and October 2021.

For example, Katsina, Kaduna, Zamfara, and Yobe states are among the top 10 states accounting for over 50% of out-of-school children in Nigeria, and they have all recorded cases of mass student abductions over the past year. ‘year.

Recently, during the launch of the Children’s Manifesto, President Muhammadu Buhari admitted that persistent attacks on schools and kidnappings of students and teachers have left more than 12 million children currently traumatized and scared to return to school, especially girls.

The United Nations Children’s Fund (UNICEF) also estimated that at least one million students had not returned to school by October 2021 due to insecurity.

However, the Commission for Universal Basic Education (UBEC), the commission overseeing basic education in Nigeria, received less than 10% of the total education budget in 2021.

Due to the many months of lockdowns of public higher education institutions due to COVID-19 and the extended ASUU strike affecting universities in 2020, many admissions applicants have been left behind as they fail were unable to attend the establishment of their choice.

When institutions finally reopened in 2021, the academic calendar was already disrupted, resulting in a backlog of applicants awaiting admission when another new set joined them.

Out of a total of 1,949,983 applicants who took the 2020 unified tertiary enrollment exam, higher education institutions were required to admit less than half of them based on an admission quota of 956 809 which had been assigned to them.

Of the 601,775 that were allocated to degree-granting institutions, 422,445 applicants were admitted, while 179,330 vacant positions were not used.

For establishments issuing a national diploma (ND), 79,891 candidates were admitted out of the 115,243 allocations, leaving 35,352 places unoccupied.

Likewise, only 1,297 candidates were admitted out of the 4,870 allocations granted to institutions awarding innovative national diplomas (NID). A total of 3,573 spaces remained unused.

In 2021, Nigeria’s education sector, despite multiple challenges, received the lowest allocation in a decade, measured as a percentage.

The sector is already plagued by deplorable infrastructure, poorly trained and overworked teachers and alarming insecurity.

In early 2021, the National Personnel Audit (NPA) conducted on public and private basic education schools in the country by the Commission for Universal Basic Education (UBEC), found that Nigeria was lacking 277,537 teachers at the grassroots level, Dr Hamid Bobboyi, said the executive secretary of UBEC.

President Muhammadu Buhari’s allocation of N771.5 billion to education in the 2021 budget was a meager 5.6% of the total budget, below the 15-20% recommended by the United Nations for education, science and culture (UNESCO).

While the amount budgeted for the sector is steadily increasing, analysis shows that it is, in fact, on a depressing trajectory when measured as a percentage.

Speaking at the World Education Summit in July 2021, Buhari pledged to increase funding for education from over 15% to 20% of total spending, as recommended by UNESCO.

While the budget has increased by 13.6% from the 2021 allocation, 7.9% of the total budget remains, below UNESCO recommendations.

The education budget has increased from 771.46 billion naira in 2021 to 876 billion naira in the proposed budget for 2022. (TTFund allocation is excluded). The TETFund is funded by a 2 percent school tax on the profits of all registered companies operating in Nigeria.

A breakdown of the proposed budget for 2022 shows that 875.93 billion naira has been budgeted for recurrent and capital expenditure of the Federal Ministry of Education and its agencies, and 139.2 billion naira for the Commission of Education. universal basic education (UBEC).

The much doomed culture of the proliferation of higher education institutions and especially universities continued into 2021, with ASUU calling the move provocative and reckless.

The government’s main argument in favor of proliferation is the urgent need to give admission applicants access, since nearly two million applicants sit on the UTME each year, but this

But stakeholders in the Nigerian education system have warned of the proliferation of universities in the country, insisting that existing institutions are neither sufficiently funded nor properly monitored to ensure compliance, with proper guidelines.

Mr Olagbemiro, who is the vice-chancellor of Edwin Clarke University, Kiagbodo, in Delta state, said the country’s poor economic situation prevented many parents from sending their children to private universities, saying that this was a major problem for the institutions. .

But all was not gloomy during the year as some measures were taken by the government to restore the lost glory to the sector. These measures included the implementation of the retirement age of 65 for teachers, the release of funds for academic allowances earned by university workers and needs assessment funds, among others.

Although towards the end of 2021 the ASUU threatened to resume its suspended industrial action, the whole of 2021 was largely exempt from the usual strike.

At the same time, in a bid to maintain competent hands and reward dedication to work, the Nigerian government announced in October that Nigerian teachers in public schools will begin to benefit from a new salary structure and receive service. extended from 35 to 40 years.

In order to encourage more Nigerians to pursue a career in teaching, the government plans to provide an allowance of N 75,000 for each student in public universities studying educational programs per semester and N 50,000 for students from the universities. education colleges per semester.

Good journalism is expensive. Yet only good journalism can guarantee the possibility of a good society, responsible democracy and transparent government.

For free and ongoing access to the best investigative journalism in the country, we ask that you consider modestly supporting this noble enterprise.

By contributing to PREMIUM TIMES, you are helping to maintain relevant journalism and ensure that it remains free and accessible to everyone.

Increase in J&K Covid-19 cases due to Omicron: Authorities