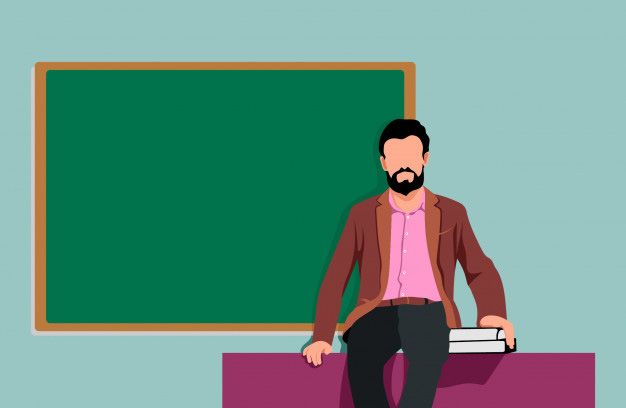 From scratch, teachers can fix the broken education sector at J&K – Kashmir Reader

In Kashmir, decades of obscurity have overshadowed every step taken towards the development of education. What little development has taken place has been concentrated in the cities, with the villages never seeing the light of day.
According to the 2011 Census of India, out of the total population of Jammu and Kashmir, 72.62% live in villages. Regarding the literacy rate in rural areas, it is only 63% compared to 77% for urban Jammu and Kashmir. This means that the majority of our population, who live in villages, are less literate than people living in cities.
The reason is evident in the lack of quality educational infrastructure in rural areas. Where private institutions do well in urban centers, education in rural areas relies primarily on public schools. The education provided in these schools has innumerable shortcomings, ranging from poor or non-existent infrastructure to shortage and irregularity of staff. Students who do not have the chance to pay and access private institutions (mainly located in cities) quickly drop out of school or even remain illiterate. Thus, such a population tends to remain trapped in a vicious circle of poverty and underdevelopment, where people cannot afford to pay for education, and therefore development is in disarray.
Working in the field for a month now and observing the phenomenon closely, I can attest that to do any constructive work in a community, power and resources must come from the community itself. And, in rural communities, teachers working in a public school (being the educated resource of the region in which they are placed) can play the role of bridging the gap between education and development.
The illiteracy rate in rural communities is more sustained due to people’s approach to their child’s education. They tend to have less confidence in education and more in meeting their immediate needs. This ultimately leads them to send their children away to earn a living or marry, depriving them of schools and dreams. This approach to rural communities could be corrected if teachers struggled not only to deliver lessons in classrooms but also for the noble task of community work. They could convince and advise parents to enroll their children in school.
Within the framework of community work, these teachers could sensitize the masses on different social issues, and engage the community through parents or religious leaders in different constructive works, thus effectively mobilizing the entire population. While in theory we argue that government teachers in Kashmir should bear the added responsibility of community betterment, however, in practice we are faced with the harsh reality that these teachers are notorious for not even fulfill their main duty, namely teaching. Year after year, the depressing results of the Public School Student Council and the sheer recklessness of the teachers are on display. This happens even when the government devotes a large number of resources to the education sector and to taking care of the needs of the child in all its forms, from feeding the child to providing free books. and uniforms.
Teachers recruited for this sector, considered the best of human resources, are not able to produce satisfactory results, wasting funds and jeopardizing the future of the nation. If we calculate the total amount spent for a student in a public school, this is much more than a student studying in a private school! The irony is that the parents of the former children, usually from the marginalized strata, are not educated or empowered enough to raise concerns against such injustice. This further compounds the problem.
This could only be corrected if government teachers in rural communities recognized their primary role of educating vulnerable children. During this time, they could work to bridge the gap between rural and urban literacy. For overall development, teachers must take on this additional responsibility of sensitizing and mobilizing the community. They can achieve this by reaching out to people, educating them about different ways to overcome their social and economic problems, and guiding the needy to resources and institutions in the form of programs and policies. They can also draw attention to the different development needs in villages by guiding community members to properly approach government authorities. With their education and knowledge, which is rare in rural communities, they can push the whole population towards growth, while helping to sustain it by educating the whole community. This, of course, is not limited to ensuring children’s literacy.
Teachers are nation builders. To realize this in Kashmir, teachers must make reasonable contributions to bottom-up development. With all the order disrupted and shattered at the macro level, teachers, in their assigned little pockets, can ensure massive change simply by harnessing community resources for the good of the community.

—The author graduated in social work from the University of Kashmir. [email protected]