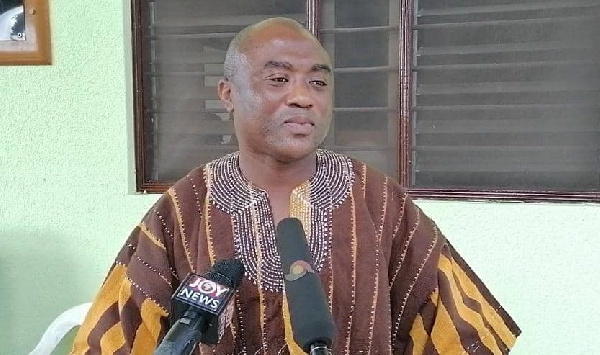 Thomas Musah is the General Secretary of GNAT

Basic students must stay in school for six months

The General Secretary of the Ghana National Association of Teachers (GNAT), Thomas Musah, has described the government’s decision to introduce a semester system at the basic education level as dead on arrival.

He explained that it does not make professional sense for people in their first years of study to be subject to a system such as semesters.

Citing international bodies like UNICEF that have universally agreed to learn through interaction and action, he thinks the move is wrong.

“At the basic level, we teach; we don’t teach, and if you look at UNICEF’s own concept of teaching and learning, they have what we call learning through play. You’re not going to lecture anyone one at the KG level: you learn through what we call play, it’s activity oriented. If you start with the kids with this activity-based approach, and remember you’re now doing this standards-based curriculum, and it’s child-centered learning that’s international,” he said. he declares.

In an interview on JoyNews, monitored by GhanaWeb, he further explained that it is getting worse that the new proposal seeks to keep children in school for up to six months.

This, he added, is not practical and he explains why.

“And although we accept that even with UNICEF promoting it that children should learn through play, by 12:00 the KG children would have been tired and you see them sleeping in the classroom. Apart from everything that, you’re asking the kids to stay in school from January until somewhere in June,” he added.

Thomas Musah also said that in his whole professional life as a teacher, it is an unthinkable thing for him and he is sure that even before its implementation, it is a decision that will fail.

“I have been in the system since 1989; you can calculate how many years I’ve been in the teaching profession and so this particular thing that we’re saying is dead on arrival; it’s dangerous. Introducing a semester system at the KG level is dangerous,” he said.

Ministry of Education to expand recruitment of foreign English teachers

“Private sector innovation is key to the first global goal”