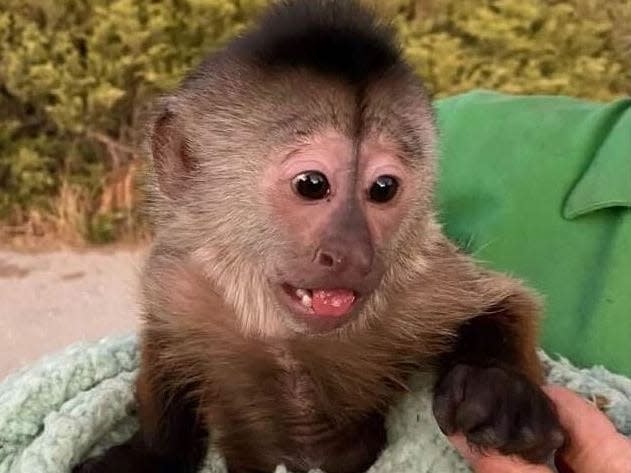 California authorities said a “curious” monkey at a local zoo picked up a cellphone and dialed 911, prompting a brief investigation.

California authorities said a monkey at a local zoo took a cellphone and dialed 911, prompting a brief investigation.

Deputies with the San Luis Obispo County Sheriff’s Office received the call last Saturday before it suddenly disconnected, according to a statement.

When the deputies tried to get in touch with the caller, they received no response and decided to go to the address given. The location ended up being Zoo to You conservation ambassadors in Paso Robles, California.

Deputies were told no humans at the zoo had called them, but rather a monkey named ‘Route’ who picked up the zoo’s cell phone from a golf cart used to get around the 40-acre site , according to the press release.

“We are told that capuchin monkeys are very curious and will grab anything and everything and start pressing buttons,” the statement read.

The message from the sheriff’s office includes a photo of Route, who the authors say coincidentally dialed the correct numbers to reach them. In a statement earlier this week, Zoo to You recognized its headline-grabbing resident monkey.

“Although we wish it was for something a little more ‘conservation education’ based, let it serve as an educational lesson that monkeys are NOT animals that should be kept as pets! ” Zoo to You wrote on Facebook. “They are so curious that you never know what might happen!”

The Spiritual Gift of a Closed Door: How Waiting Serves Ministry