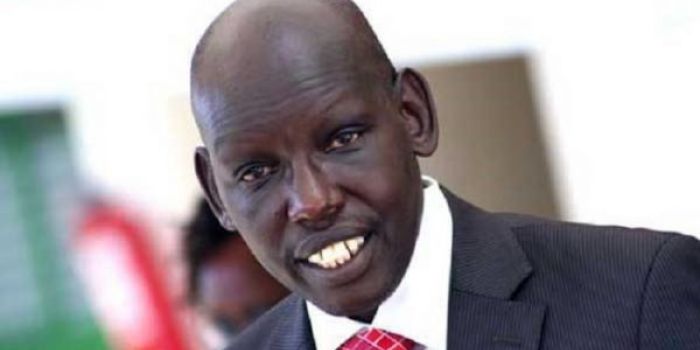 Belio Kipsang: the expert who disagreed with Magoha returns to the Ministry of Education

Belio Kipsang, returned to the Ministry of Education a year after being transferred following a dispute with former Cabinet Secretary George Magoha.

Education insiders have claimed that the feud between the two began after the Public Service Commission (PSC) stripped Magoha of his human resource management powers.

The frosty relationship between the two sawa Kipsang has been transferred to the East African Community (EAC) ministry to serve as the PS in charge of regional and northern corridor development within the state department of regional development .

However, part of the education actors called for the dismissal of CS or a public apology.

Kipsang had been the education PS since 2013 under former education CSs Jacob Kaimenyi, Fred Matiang’i, Amina Mohammed and Magoha.

Among his achievements in the ministry are the establishment of the National Education Management Information System (NEMIS), a gradual increase in capitation for primary and secondary school learners, and the abolition of examination fees.

It is also recognized for the efficient administration of national exams, the rapid publication of results and the placement of learners.

Under the current Education CS, Ezekiel Machogu, Kipsang will oversee the review and implementation of the competency-based curriculum.

Dr. Julius Jwan, who replaced Kipsang at the Ministry of Education, was previously Principal Secretary for Vocational and Technical Education.

Dr. Julius Jwan was sworn in as PS Education at a past event.