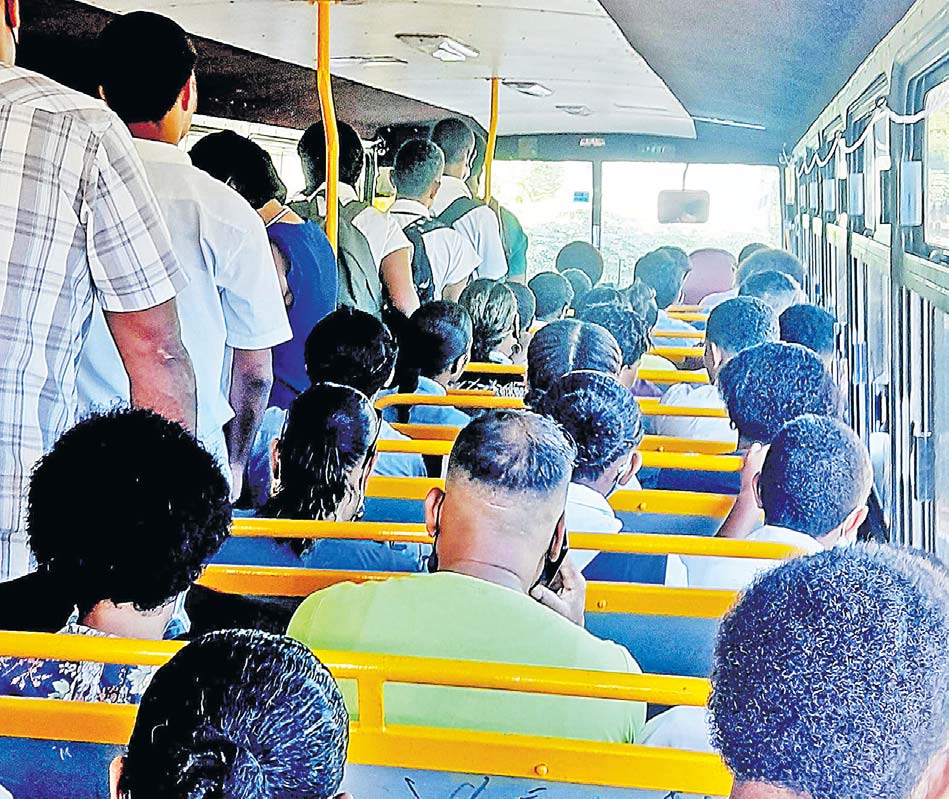 Frustrated and angry parents have called on authorities to address the issue of students being stranded due to the required 80% capacity described as COVID safe procedures.

They said that they had to shell out money for taxi fares, and the financial expenses weighed heavily on them.

Vasita Rasuaki, a villager and parent from Colo-i-Suva, said her children had to take the public bus because the school bus refused them entry.

“My children face this problem every morning and every afternoon. As a result, they have to pay adult fares,” Ms Rasuaki said.

Another concerned parent, Miriama Gogo, said she had seen students being turned away by bus drivers and it was a sad sight.

Ms Gogo said that while pupils were encouraged to attend school, the treatment the children received was discouraging.

This newspaper was informed that students from the villages of Waikete, Dravo, Naisogovau and Nabua settlement in Tailevu were also facing the same problem.

Waikete Village Chief Emasi Kalounivalu said that in the past four school buses served the area.

Asked for a comment on the matter, the permanent secretary of the Ministry of Education, Anjeela Jokhan, demanded that this newspaper provide her with proof of the allegations.

She said, however, that she would respond when she sent photos of stranded students on Wednesday this week.

The Fiji Times had not heard of her when this edition went to press.