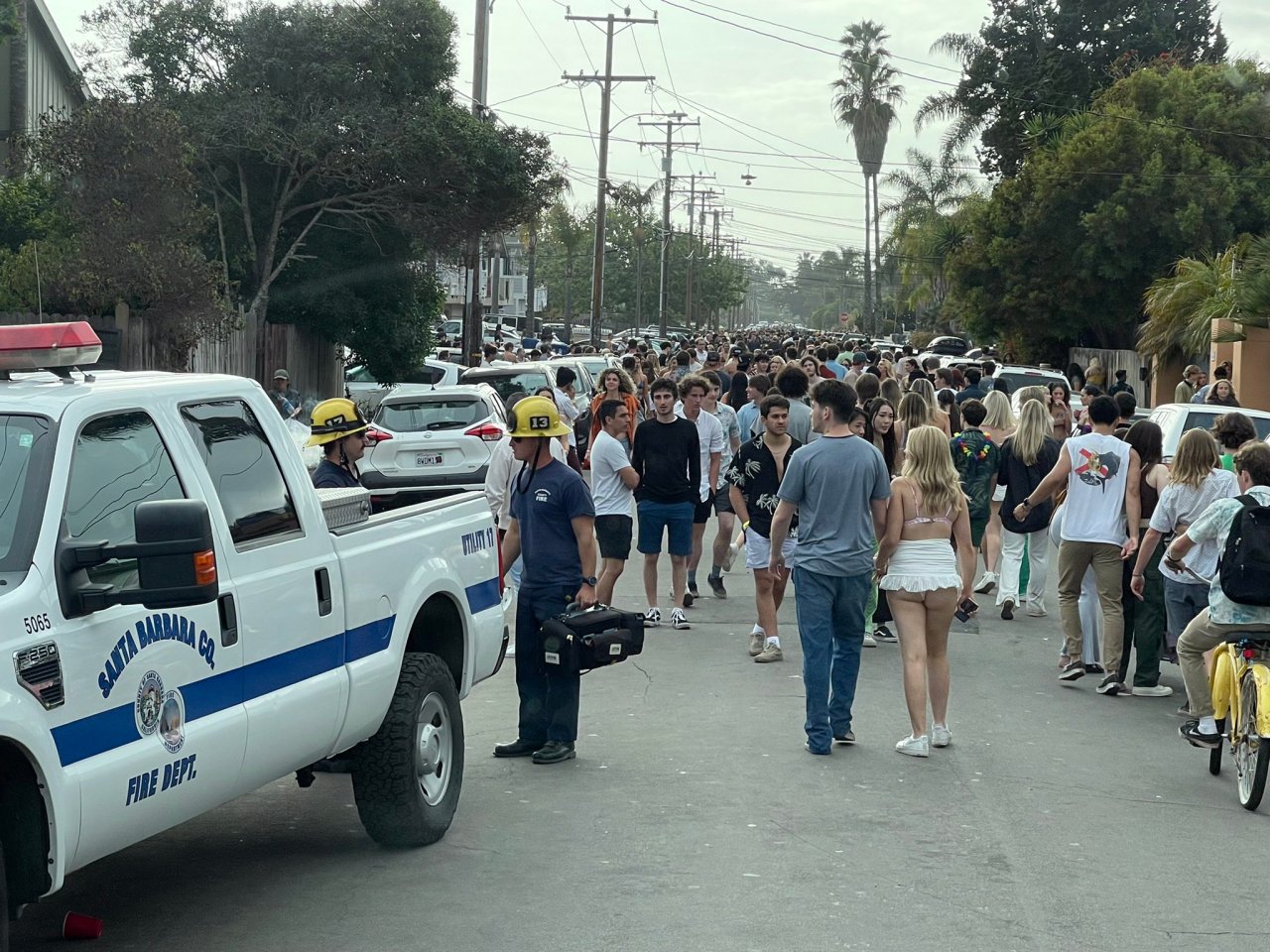 Law enforcement and paramedics dealt with an overwhelming amount of medical calls over the weekend related to a massive outdoor street party in Santa Barbara County.

The streets were filled with young adults and college students who took part in the unsanctioned street party in Isla Vista known as Deltopia.

The annual street party, which takes place on Del Playa Drive in the community adjacent to UC Santa Barbara, typically draws hundreds of people and regularly leads to medical calls, arrests and citations.

Isla Vista, a popular off-campus community for UC Santa Barbara and Santa Barbara City College students, is an oceanfront town with many balconies that overlook the ocean atop dangerous cliffs. During the Deltopia festivities on Saturday, several balconies were packed with people, Bertucelli said.

As of 7:30 p.m. Saturday, the multiple-victim incident was called off, Bertucelli said.

The unauthorized Deltopia party began nearly two decades ago on the beaches of Isla Vista, when it was originally called “Floatopia.” Revelers gathered on beaches and in rafts and inner tubes off the coast as part of the massive celebration.

Several years later, Santa Barbara County officials closed the beaches ahead of the party to reduce beach damage and litter, curb the party’s growth, and appease neighboring residents unhappy with the annual mayhem.

In 2014, party-related riots broke out and dozens of arrests were made. In recent years, authorities have tried to proactively reduce the number of medical calls and arrests made through parking restrictions and educational campaigns to keep the party “local”.

This weekend’s Deltopia event was the first large-scale party since 2019 due to limitations on public gatherings related to the coronavirus pandemic and a dramatic decrease in the number of students living in the community as the university was turning to online courses.

Between Friday and Saturday, six people were arrested and 40 people received citations. The number of calls for Sunday should return to the normal amount, Zick said.

Partying is not tolerated by UC Santa Barbara. The university offered alternative forms of entertainment during the party in an effort to discourage its students from attending.

The ministry launches a plan to attract foreign students