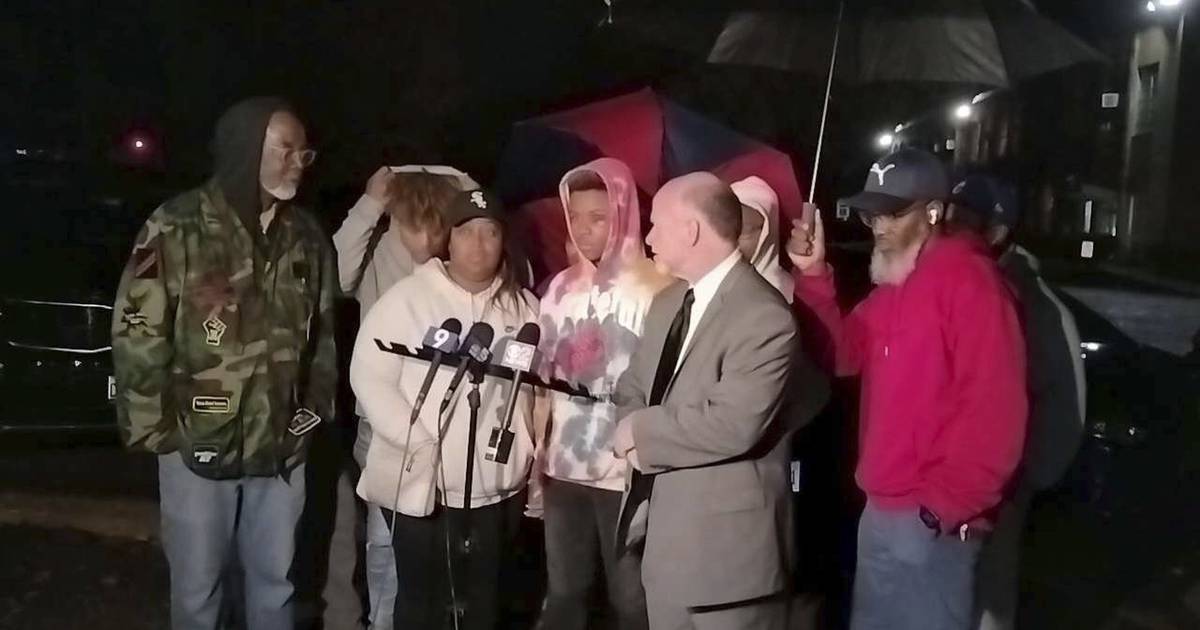 As of Wednesday, authorities have yet to charge the substitute teacher who they say punched a Waukegan student in the face during a science class on Tuesday, while the student’s mother called for legal proceedings. stricter hiring.

The teacher, who worked at Jack Benny Middle School, was arrested by Waukegan police after he said he punched 14-year-old Brandon Cole in the face in a science lab on Tuesday morning.

A spokesperson for the Lake County State’s Attorney’s Office said Wednesday the incident is still under investigation. The identity of the teacher has not been revealed.

Cole, an eighth grader, and his mother spoke to reporters in the rainy parking lot of Waukegan District 60 headquarters on Tuesday night before heading inside to address the school board.

The boy, who had a swollen black eye, said the teacher punched him in the face, apparently in response to a verbal argument Cole was having with another student.

“He just hit me,” said Cole, who also broke his finger in the incident.

“He was arguing with another student, and the teacher made it worse instead of breaking it up,” according to attorney Kevin O’Connor, who represents the family.

“He doesn’t know how to take it – he’s scared,” said the boy’s mother, Natasha Cade. “We want something done for the other children. We don’t want them to be afraid.

Cade said the incident underscores the need for tighter oversight of substitute teachers.

After meeting the media, Cade and his son went inside to address school board members.

“My son is sitting here with a fractured hand, a black eye and a sore hip,” she said. “How do I send my son back to school? How can I send them all back to Waukegan,” she added, referring to her other children, including Brandon’s twin.

Board member Anita Hanna came down from the stage to comfort Cade and Cole as Cade spoke. Hanna said she was going to do everything she could to make sure it didn’t happen again.

Board Chairman Brandon Ewing proposed a policy supported by the majority of the board.

“Either we’re going to have a zero-tolerance policy or we won’t,” Ewing said. “Either it’s OK to get your hands on the kids or it’s not. Regardless of race, gender, or ethnicity, we’re either going to have zero tolerance or we don’t.

Superintendent Theresa Plascencia, whose son and Cole are classmates of Jack Benny, spoke to the teenager. “Brandon, I’m sorry,” she said. “Whatever happened today, no matter what, no one ever has the right to lay their hands on you.”

Nick Alatzakis, the communications director for District 60, said the substitute teacher accused of beating Cole was on a long-term assignment at Jack Benny Middle School and had been a substitute teacher in the district since the summer.

Plascencia said he would no longer be affiliated with the district.

Sales of robots for the service industry increased by 37% worldwide