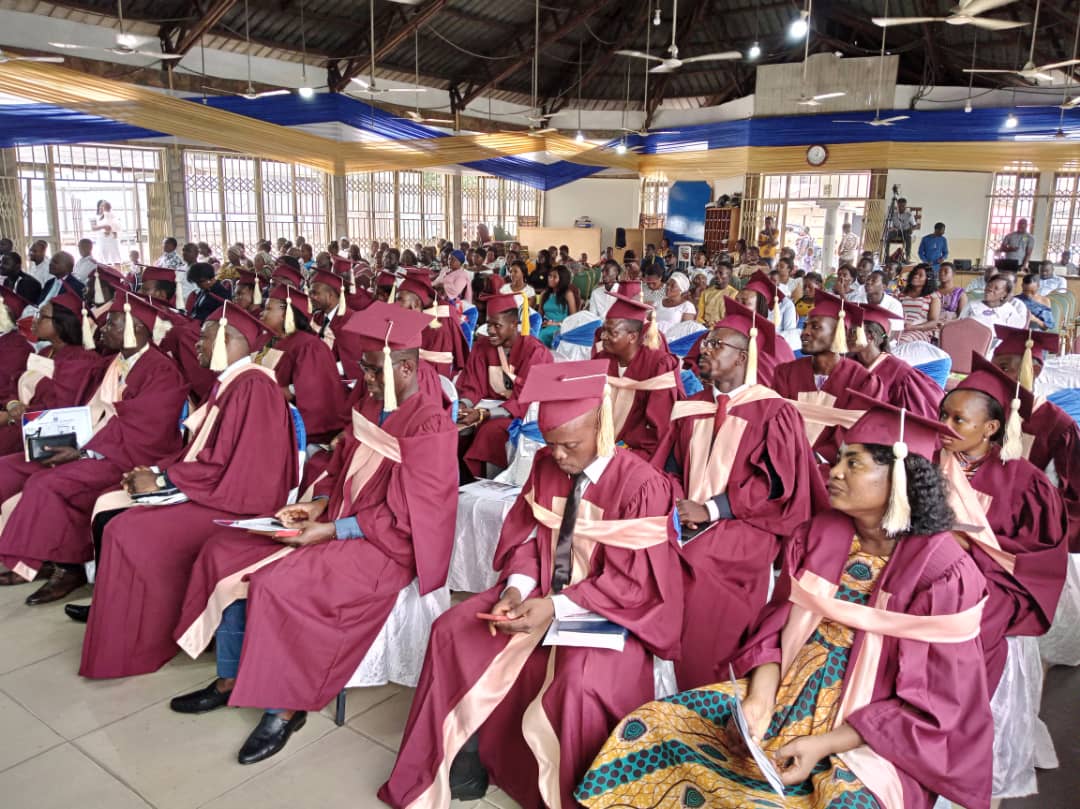 The Theosalt School of Ministry in Ho was awarded 30 years in Christian ministry service in its first passing out ceremony.

The school, a subsidiary of Theosalt Ministries International (TMI), a Christian development organization, was established in 2018 in Salaga in the Savanna region.

It was brought to Ho Township by Reverend Godson Bodzah, president of the school and general manager of TMI, who had been appointed chief pastor of the Central Evangelical Church of the Assemblies of God.

Reverend Bodzah, in a speech, stressed the importance of theological education and said it helps nurture the school’s vision.

“Theological education is the foundation of Christian missions. Truly, sound theological training is important in building and equipping the capacity of the present and future ministerial workforce for global harvest.

“Theological education is important in the 21st century because it helps equip the ministerial workforce for the worldwide harvest of the eleventh hour. In light of this, Theosalt Educational Ministry exists to complement other theological educational institutions in building, training, and equipping people to assist the local church in its missionary program fulfilling God’s mission.

Reverend Bodzah led the ordination rites for the graduates, after the presentation of the certificates.

He said graduates were empowered by the Holy Spirit to “impact this generation by winning souls into the Kingdom of God,” and encouraged others to consider theological training to help promote the mission of the Church.

The Reverend Boniface Keelson, who gave a sermon, called on graduates to follow the ‘pattern of Jesus’, which he said was a ‘systematic progression of a true minister’, which would help manifest the call to serve the faith.

Rev. Eric Seyram Anku, principal of the school, said classes started in January 2022 with 40 students from the Central Evangelical Church and other churches in the area.

He said the school was currently run by a five-person teaching staff and a three-member leadership team drawn from the church’s basic school facilities and asked for support to move the institution forward.

Ahoe’s traditional leaders honored the event and pledged to support the Church.

They presented bags of cement for the reconstruction of its auditorium, which had been destroyed by fire last year.

Mr. Divine Bosson, the head of the Ho municipal executive who launched the theological school at the ceremony, praised the community development initiatives of the church, as well as the determination to help develop the Christian institution .

MCE is also committed to supporting the reconstruction of the church and community water supply projects.

Awards were given to outstanding students and staff, and a citation was presented to the school president by the general overseer of the Evangelical Salvation Church, who was among the graduates.